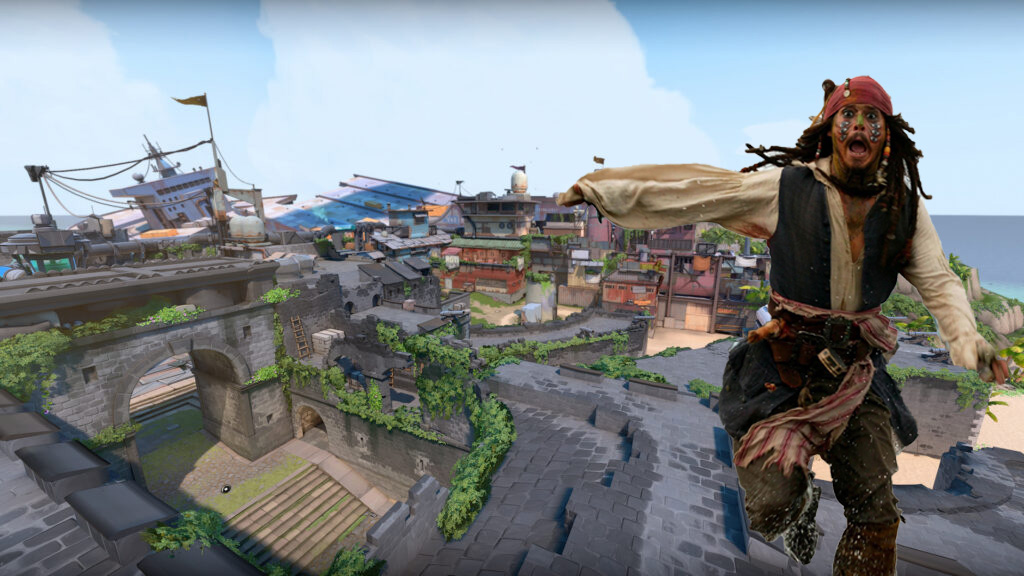 Imagine a tropical paradise. One where exotic birds roam the land and the sound of the waves crashing lull you into a state of clam. The sun. The sea. The sand. AND LOTSA FIREPOWER!

Grab your sunglasses, and lock and load people. Valorant’s new tropical beach map Breeze is out! Icebox has been a little too frigid (and even depressing) at times, so this sunny stage might prove to be a hit.

Last week, developer Riot Games had teased fans on social media with images of pristine beaches lined with coconut trees, and a stone-walled fortress with narrow corridors. Within hours, the hype train had left the station.

Many have been eagerly anticipating Valorant’s sixth map. Breeze features wide open areas around the beach while its interior zones are more spacious than usual. This is a move from the typically tight corners seen in other maps.

What’s more, there is a corridor that leads to an interactive trap door, which drops the player back into the open. It could be great for escaping a firefight, or a surefire way to walk into an ambush on the other side.

We can’t wait to try out the map today.

Competitors in the Valorant Champions Tour (VCT) had been given special access to the map on April 26. Riot also confirmed that Breeze will be a playable map in the VCT 2021: Stage 2 Masters, which will be held in Reykjavik, Iceland from May 24 to May 30.

FULL SENSE prove their worth and prowess with their WILD APAC Last Chance Qualifier highlights!

Does Free Guy live up as the “Gamer Movie” it markets itself as?