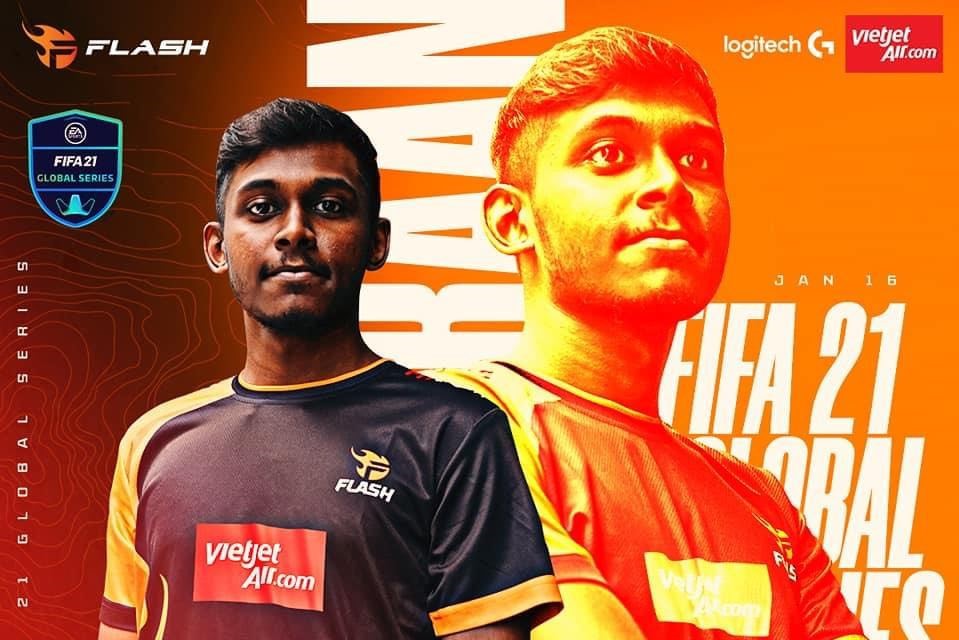 Sadio Mane receives the ball from a teammate. With a sea of defenders before him, he spies an unmarked Kylian Mbappe from the corner of his eye. Shifting into top gear, the Liverpool winger jinked his way past a couple of opponents and headed towards goal.

Just as the last defender closes in, Mane threads a sublime pass to the Paris Saint-Germain striker who blasts the ball home.

Amraan Gani, the man behind the controls, clenched his fist in delight as his two main players once again combined for the win.

The Team Flash athlete, who rose to prominence as one of the region’s best FIFA players after consistent top placings in local and regional tournaments, is used to seeing his online skills thrill thousands on the global circuit.

Unfortunately, due to the COVID-19 pandemic, opportunities to take part in competitions have been rare. But the exhilaration of scoring a late winner against quality opponents will soon be back for him.

The 26-year-old Singaporean will be competing in the FIFA 21 Global Series East Asia qualifiers on April 17. He is in the top 8 alongside teammate Khevind “Buzzinho” Awat. The competition pits the football simulation’s top players against each other in regional tournaments.

Getting there involves playing FIFA well into the wee hours of the morning almost every day, which causes backache sometimes, said Amraan. The mental aspect of the game adds to the stress, as his mind has to remain alert for a 10 to 15-minute game.

“It became more than just playing games – there is a lot at stake,” he explained. “The pressure to perform at the highest level and constantly improve made it more serious.”

Having been in the competitive scene since 2016, when he represented Singapore for the first time in FIFA Online 3, Amraan got his big break when he joined Team Flash as a part-timer two years later.

“I’ve had a gaming culture at home since I was young and my love for football translated to video games,” said the ardent Liverpool fan, whose dad and siblings were his gaming buddies when he was younger. “I felt I was good back then but did not have a platform to showcase my talent.”

Today, he has earned more than US$100,000 (S$134,000) in prize money. While it pales in comparison to top earners like Donovan “Tekkz” Hunt from Fnatic, who has scooped close to US$450,000 in total, Amraan also has a “competitive” salary from Team Flash and is working full-time at a shipping firm.

But it was never about the financial benefits.

“Of course money is a good incentive to keep you motivated, but it was mostly about the glory rather than the money,” he said.

There is still time to hop on the esports bandwagon in Southeast Asia, he added. With its unstoppable rise in popularity and emergence of more talents, he is confident that the region will be on par with its European counterparts soon.

The Nanyang Technological University graduate encourages those with dreams of becoming a professional to first strike a balance between studies and gaming. “If you do well in school, it becomes easier to convince your parents that your gaming endeavours are in no way affecting your studies,” he said.

Who’s going to deal with match-fixing in esports?