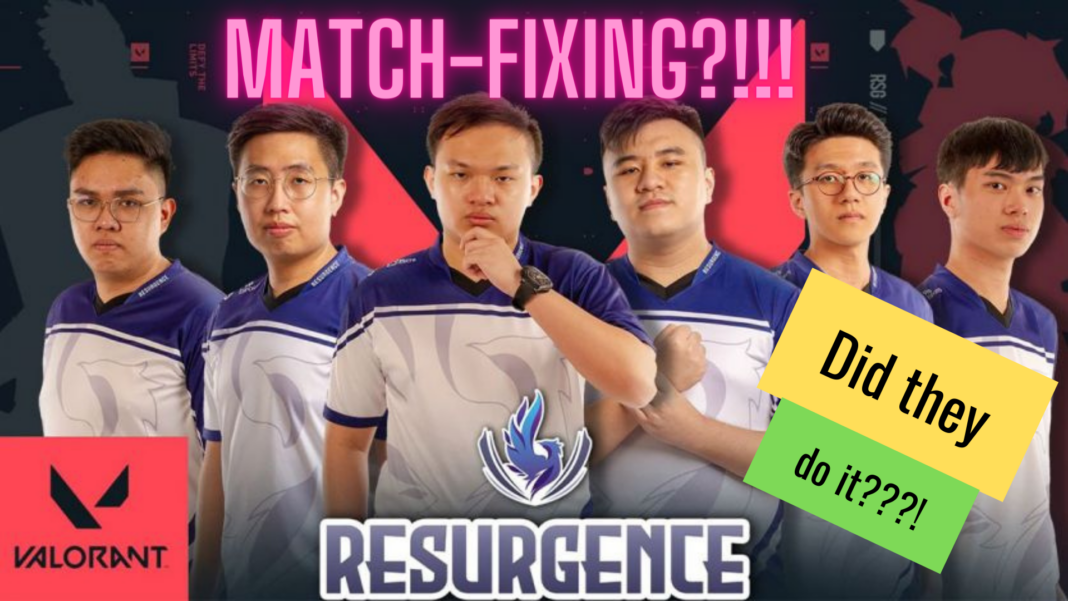 This was always coming, wasn’t it?

We thought we’d seen it all when FaZeJarvis received a lifetime ban from Epic Games in 2019 for merely testing an aimbot in Fortnite during a YouTube tutorial (See here for dramatic apology video). Then came the massive CS:GO expose that saw  Valve banning nine coaches for cheating earlier this year. And who can forget Riot’s ruthless march against League Of Legends: Wild Rift scammers in April this year.

Now it’s Valorant’s turn to do the walk of shame.

Fresh evidence has emerged proving that Malcolm “Germsg” Chung and Ryan “Dreamycsgo” Tan — both from Resurgence — hand banded together to drop points against BlackBird Ignis during the VALORANT Ignition Series on 22 September 2020.

Thanks to Calel, another player from Singapore, we now have fresh proof of this scumbaggery.

Here’s how they did it.

According to Riot’s internal investigations, Germsg was the mastermind behind the match-fixing while Dreamycsgo provided the money to pull it off. It’s heartening to know that the rest of the roster wasn’t keen on being part of the plan. However, they failed to raise the matter to the relevant authorities citing fear of penalties and contract terminations. (Really, guys?)

What’s worse, following their 2-0 loss against BlackBird Ignis, Germsg attempted to pay off other individuals in the Resurgence roster. Again, this was rejected by the Resurgence players.

In the screenshot below gathered by Calel, Germsg is seen discussing about placing over SGD $2000 in bets.

Evidence below suggests that he had placed a bet of $3000 for BlackBird Ignis to win 2-0 against them (Resurgence). According to the odds below, Germsg might have won almost $4000 for this match alone!

This is probably the most revealing  screengrab of them all: Germsg openly admits that he is sabotaging the match by saying he “isn’t even trying”. He also explains that is using a different sensitivity level and that his Kill-Death Ratio  is 5-11.

As if that wasn’t enough, Germsg is seen boasting that his manager had no idea of the scam. Note the date here: 22nd September 2020 — the same day as Resurgence’s match against Blackbird Ignis.

One thing is for sure: Germsg and Dreamycsgo aren’t the first scumbags to fix matches and they certainly won’t be the last. Can we expect more revelations in the days to come? Watch this space.

“Our next goal is to be world champions!”