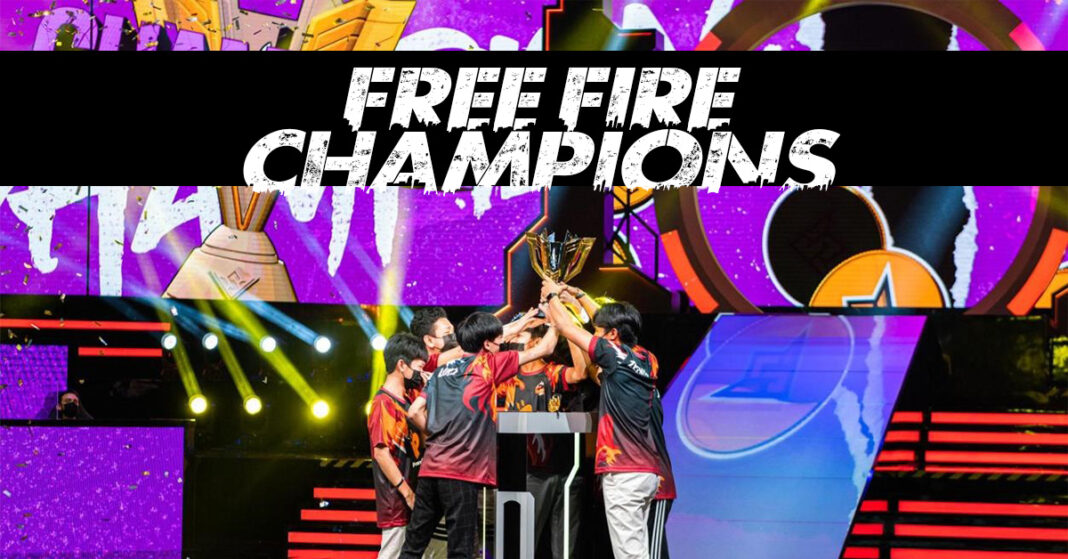 They may not be the nexus of all psionic energy in the Marvel universe, but they are nevertheless a force to be reckoned with in the Free Fire world after successfully setting all their competitors in flames at this year’s Free Fire World Series 2021 Singapore (FFWS 2021 SG).

Team Phoenix Force (EVOS Esports TH) rose from the ashes despite representing as the underdog EVOS team at the FFWS. With EVOS Esports ID and EVOS Esports TH participating in the same tournaments across past iterations of the Free Wire World and Continental Series, the Thailand-based team was twice not worthy of carrying the EVOS badge. Instead, it was Indonesia’s EVOS team that took the name two times in a row.

From underdog to wonderdog

It might not have seemed to be a promising start for EVOS TH. On the country level, while two of the six players have been playing in Free Fire Pro League (FFPL) TH since 2019, Bunyarit “Lukz” Phowan and Julanan “Zeenon” Rotpal were part of EVOS Insight, which fared four places below fellow country rivals EVOS Memorial Gamer at FFPL TH S1. These two players eventually joined the merged EVOS TH team in FFPL TH S2 in 2020, where the team rose to the second place on the leaderboard.

But it was not till FFPL TH S3 where EVOS TH finally made it to the top of the Thai league, earning their place at the Free Fire Continental Series 2020 (FFCS 2020). But come FFCS 2020, EVOS TH was still a notch lower than its Indonesian EVOS counterparts, clinching the fifth and fourth spots respectively.

At this FFWS 2021 however, EVOS Thailand, under the disguise of Phoenix Force, were surprisingly crowned world champions at the recently concluded FFWS offline tournament, trashing out EVOS Divine (EVOS ID), which was left to grovel in its ashes at the 8th place.

After claiming 4 Booyahs and an aggressive 48 kills en route to a staggering 113 points, Phoenix Force, the Thailand EVOS team reigned superior over EVOS Divine (EVOS ID) and their rivals from all 18 competing teams across 11 regions.

Here are the overall standings:

Team Phoenix Force closed the tournament 36 points ahead of second-placed Team LOUD from Brazil (77 points), and third-placed Team Silence from Commonwealth of Independent States (73 points). Phoenix Force’s Piyapon “TheCruz” Boonchuay was knighted as the Most Valuable Player (MVP) for his consistent performances throughout the FFWS 2021 SG, after securing an impressive 23 kills – amounting to almost half of his team’s kills.

Winning the championship title might just be the icing on the cake for Phoenix Force, as the team flew back to their home ground with the lion’s share of US$500,000 of the US$2,000,000 prize pool.

No video no talk? Watch the full replay of the breath taking finals here:

The most viewed Esports match ever

Garnering a record peak concurrent viewership figure of 5.41 million, the first round of the FFWS 2021 SG hit the highest peak viewership of any esports match in history, excluding Chinese platforms – according to analytical service Esports Charts. This number is more than double of the previous iteration of FFWS in Rio.

Missed out on all the action? Catch a replay of all the FFWS 2021 SG action on the official YouTube channel.