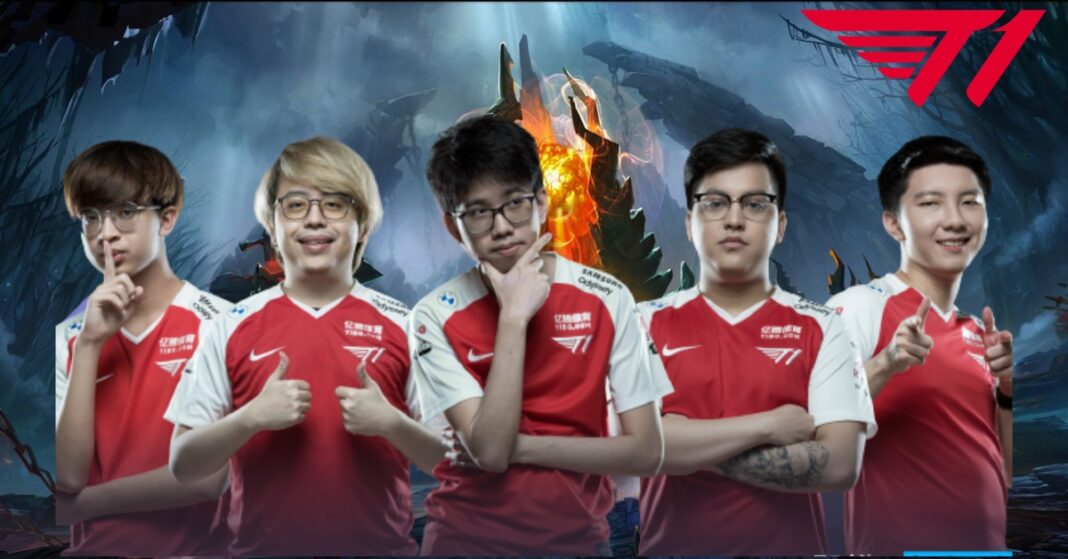 It was a massive win for the SEA-based Dota 2 team. Astounding fans and competitors alike, T1 clutched 3rd in the 2nd major of the year, just barely behind Evil Geniuses and PSG.LGD.

A far cry from the blundering mess of a team during the ONE Esports Singapore Major, T1 has proven to the world that they are more than qualified to face off against the best of the best in the upcoming Dota 2 The International 10 in August.

Unable to join his team during the ONE Esports Major after testing positive for Covid-19, the Filipino player more than made up for it in both the recent major and the SEA DPC 2021 Season 2 Upper Division, where they placed 1st.

When asked how they were able to perform so well during the SEA DPC 2021 Season 2 Upper division, Kuku joked that it all boiled down to leadership.

However, T1 wasn’t the only strong performing team in the majors. In a hilarious and tragic repeat of history, North American powerhouse team Evil Geniuses once again faltered at the finale to a Chinese team, this time PSG.LGD. Seemingly doomed to place 2nd, the team has one more shot to break the curse at the Avicii Arena in Stockholm.

Meanwhile, top-performing team PSG.LGD shocked the world with their flawless (8-0) victory in the Weplay Animajor. Winning a total of 500 DPC points and a prize of US$200,000, the undefeated Chinese team is set to bring their discipline and mechanical expertise into The International 10. Will their terrifying streak continue onward into TI10?

With dramas like Anathan “Ana” Pham leaving the competitive Dota scene for good and Syed “SumaiL” Hassan’s surprise return to OG paving the way to The International 10, it is sure to be an exciting tournament right from the get-go!

Meme Monday: These iconic Marvel scenes are MADE for gamers

Meme Monday: Unite the world with Pokémon and memes!

Does Free Guy live up as the “Gamer Movie” it markets itself as?