ultiasia
Home Dota2 Top Of The Pops: The best shoutcasters from the Philippines 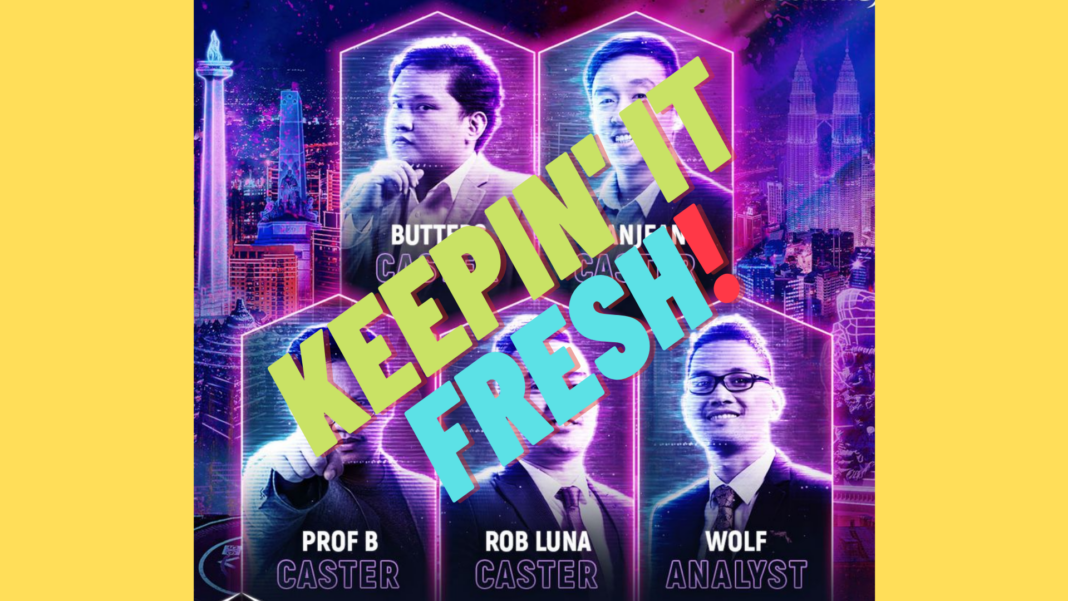 Unless you’ve been living under a rock, you’ve probably realised by now that when it comes to esports in Southeast Asia, nobody quite does it like the Philippines.

The country’s booming esports industry currently has over 43 million active gamers, a number that is expected to tip further as more Filipinos join the fray. If you thought Dota 2 and PUBG are huge in the Philippines, you are wrong. Mobile Legends remains the most played game amongst Filipinos, reaching a whopping peak of 2.65 million active users daily!

Having world-class gaming talent like Djardel Jicko “DJ” Mampusti and Alexandre “AK” Laverez has also helped put Philippines esports in the international spotlight. But crucial to this growth is the industry’s unsung heroes — the shoutcasters who bring magic to the sport by engaging millions of fans with quirky commentary and in-depth analysis.

From dairy inspired monikers to ex-teachers here are the top 3 shoutcasters from the Philippines.

He calls himself the “official dairy product of PHesports” and boy is he wholesome.  One of the OG casters of Philippines esports, Butters has amassed legions of fans who enjoy his laid-back vibe and frank analysis. Unknown to many, the veteran caster who counts Lon the Great as one of his idols also previously played for Acion Arena Dota 2.

If you thought casters have it easy, think again. In a 2017 interview, he revealed that for ESGS 2016, he nearly lost his voice after shoutcasting straight for three days of the Boston Majors SEA Qualifiers. Despite the discomfort, he dragged himself through the first series and eventually reached the finals. Respect!

Being funny is one thing, being classy is another. Somehow, Manjean Faldas manages to epitomize both with ease. One of the most lovable casters in the scene, Manjean has been ruling the airwaves since 2015. Known for his in-depth analysis and penchant for statistics, fans have even resorted to calling him Mathjean(Math + Jean, get it?). Having first started his career by casting for League of Legends tournaments, the veteran has gone on to achieve conquer bigger stages like the ROG Masters and at the ESGS Heroes Evolved tournament.

When Prof B speaks, everyone listens. As one of the most experienced casters in the Philippines, Prof B has become somewhat of a mentor and guiding figure for up and coming casters in the scene. A former English teacher, Prof B has earned a reputation for his down-to-earth and honest reviews of games. A familiar face at The Nationals and the Mobile Legends Professionals League, Prof B is a living legend in his own right.

MPL SG Season 1 may have ended, but MLBB fever is just heating up

Fnatic Reverse Sweep TNC Predator for a spot in TI10