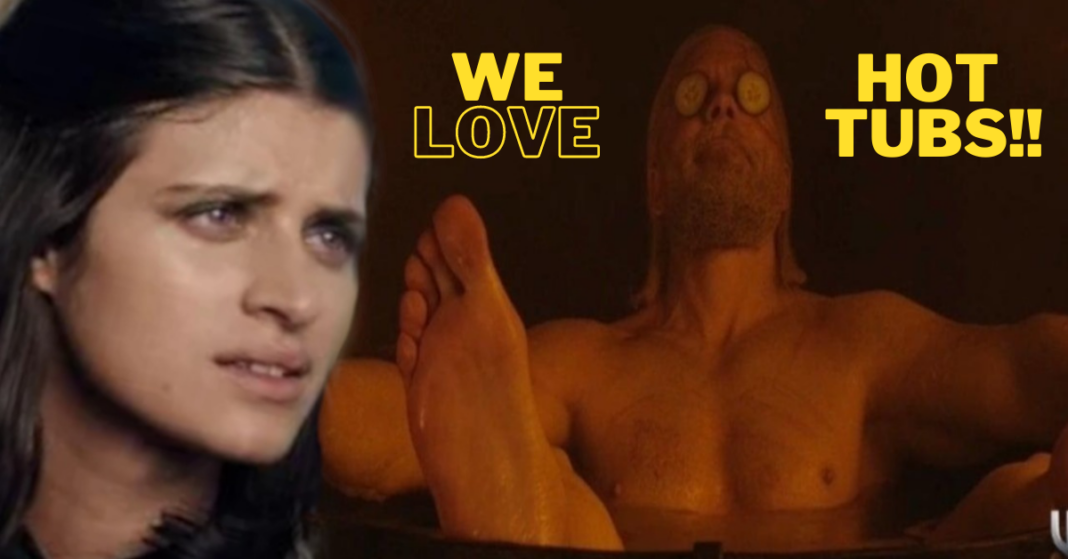 The first-ever Witchercon finally dropped on Friday, (9 July) and it was massive!

Featuring dialogues by the cast, musical interludes, never-before-seen insights of the forthcoming animation feature and THE WITCHER live actions series, CD Projekt Red easily knocked the ball out of the park.

Here are the top 4 things you probably missed from WitcherCon!

Yes, you read that right! The official live stream on twitch by CD Projekt Red featured a sensual video of Geralt of Rivia chilling in a hot tub as the countdown screen for WitcherCon. The best part, he didn’t do anything aside from the occasional sip of wine or cucumber taste test. A weird homage to Jeff Kaplan’s fireplace stream and a poke at the genre of hot tub streams all in one.

2. The nerd, the myth, the legend, Henry Cavill

Superman, White Wolf and massive nerd. Henry Cavill is every gamer’s hero. Flexing his RTX 3090 graphics card and tabletop wargaming system, Cavill was proud to declare that he is a massive nerd at heart! During the rare moments, where he didn’t geek out, he shared his hopes of contrasting his portrayal of the White Wolf in the upcoming season. Not all heroes wear capes, er, maybe they do.

What’s a convention without a few sneak peeks? In preparation for the debut of THE WITCHER season 2 on Netflix on 17 December 2021, the streaming company revealed a whole plethora of information. From the very first sneak peek of Season 2 and the animation spinoff THE WITCHER: Nightmare of the Wolf, to the titles for episodes 8 and 9, the Witcher stuff kept dropping. CD Projekt Red also shared news of the next-gen update for The WITCHER 3: Wild Hunt on PS5, Xbox series X, and PC later this year.

Cavill confirmed that he will not be taking any more of his famous baths in the upcoming season. An iconic scene familiar across the books, games and small screen adaptation of the fantasy game, Cavill shared in an interview that he would not be attempting to film with his feet sticking out of the bath this time around. However, he hinted that there will be “plenty of man flesh to be observed.”

Yay for lovers of man nips and hairy chests – for the rest of us…meh.

Evos SG’s Pokemon: “People hate on you when you are above them”