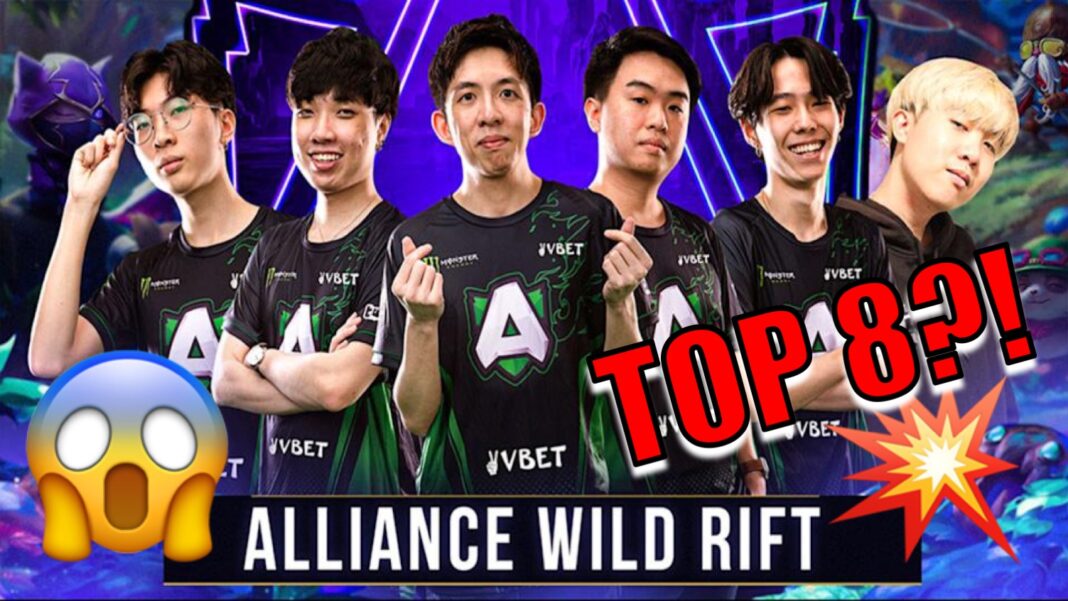 The person that said winning isn’t everything, never won anything.

“That’s what every professional player should aim for, and being able to win the first Southeast Asian tournament for Singapore was something that motivated us a lot,” 23-year-old Alliance member, Alex “SSK” Tan Yew Ming said in an exclusive interview with Ulti.Asia.

Though the team fought valiantly, even making it to the top 8, they lost to the tournament’s eventual champion, EVOS Esports TH in the quarterfinals.

For one, Team Alliance was caught up in not just a race against their potential competitors, but the unrelenting race against time. Because he is serving mandatory full-time military service, SSK only had time to practice with his teammates in the evenings. While most other teams go through about three sets of scrims a day, averaging a whopping 10 to 12 hours of daily practice, Team Alliance could only manage an average of 4 to 5 hours, half that amount of time.

These issues were compounded by the fact that the esports scene in Singapore has yet to reach the same levels of success it has seen in fellow Southeast Asian countries like Thailand, Indonesia and The Philippines.

“In Singapore, the people who compete in the games are mostly students who only do this part-time or as a hobby. If you compare this to people from other countries, they’re all full-timers and doing this for a living. We have less time, so we have to work smarter and harder to be able to stand a chance.”

Because of the pandemic, the switch to online tournaments also posed a new set of challenges.

“Being there physically helps you communicate with your peers better compared to playing remotely from the comforts of home. I would say that people are maybe only able to perform at 70 to 80 per cent of their expected performance.”

Then there’s also the issue of atmosphere. In our post-COVID reality, the hype in live arenas is no longer a viable option. As SSK explained, “Crowd presence gives you the extra energy and makes every win more satisfying.”

But online tournaments may have their advantages as well, especially for Singaporean gamers. A huge advantage Singapore has over other countries is its excellent Internet connection, a privilege that Team Alliance’s two Thai members admitted they do not always enjoy. If tournaments are to remain online for the foreseeable future, getting used to them might just be the first step to success for local teams.

At the end of the day, every loss is also a lesson learnt, and Team Alliance is far from disparaged.

“Knowing that we didn’t begin on the same starting position as the rest of the teams—we were moderately behind them—the fact that we were able to be on an even standing with them and get into the top 8 is something we are proud of.”

Most importantly, the team has gotten closer and learnt to work better together throughout the entire process, a necessary ingredient in the formula for future wins.

“Just like any other sport, be it swimming or soccer, the preparation coming up to the tournament is always the most memorable. After it ends, you think about how you tried your best, how you encouraged your teammates, the little arguments you had because you were desperate to win…all of these bittersweet memories, you know.”

So what’s next for Team Alliance? For now, they have their sights set on the Fall Season of the 2021 Wild Rift SEA Icon Series Philippines, due to take place in about 2 to 3 months. And SSK remains laudably optimistic.

“It’s all about baby steps. Top 4, top 2, then sooner or later we will be able to bring back the championship.”

Shooting for the top: Ultiasia’s best 5 FPS games in 2021

MPL SG Season 1 may have ended, but MLBB fever is just heating up

The origin story of Disguised Toast