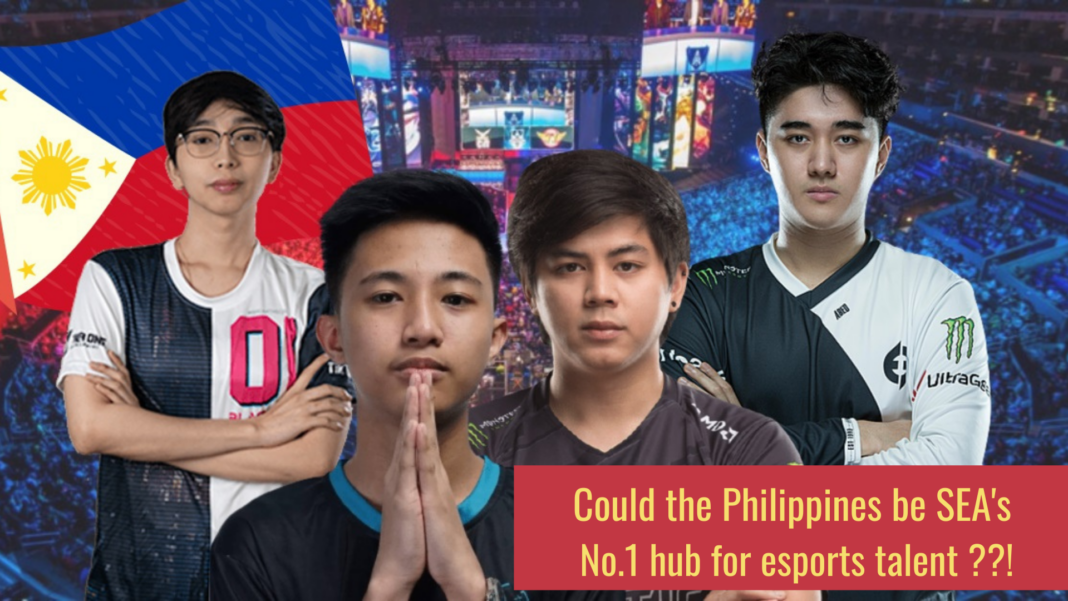 Don your blue, red, white and yellow clothes and hit the streets! (metaphorically of course) From clutching the title of 1st and 2nd place in the recent Mobile Legends: Bang Bang Southeast Asia Cup (MSC) 2021, to leading a Southeast Asian (SEA) team to victory in the Electronic Sports League (ESL) in Dota 2, the Philippines is truly dominating the esports scene!

In celebration of their recent success, here is a quick zoom into 4 of the most influential Filipino esports players right now!

Living up to the moniker of Boy Wonder, he leaves both teammates and foes alike in awe of his Mobile Legends: Bang Bang (MLBB) skills. Armed to the teeth with talent, this rookie player has proven his worth after carrying Execration to victory with a solid average K/D/A of 8.3. Rightfully crowned the MVP of MSC 2021, he is a shining example as to why you shouldn’t underestimate Filipino esport players.

Despite losing to Execration in the finale of MSC 2021, the leader of Blacklist International is leaving a mark both within the fictional Land of Dawn and the real world. Dubbed the queen of Blacklist International, OhMyV33nus is fighting for the right to love and the title of world champion in MLBB. Finishing a hair’s breadth behind Execration, let’s see if they can reclaim their winning streak against Execration in the upcoming competitions.

One of the most recognised esports players in the world, Abed has qualified for multiple The International, and is once again participating in TI10 with Evil Geniuses. The first-ever player to reach 11,000 solo MMR he has definitely left his mark on the world of esports.

As the highest-paid Filipino esports player, it is no surprise that he makes the list. The current captain of European team Fnatic recently led his team to victory in the Dota 2 Summit back in March 2021. Despite their less-than-ideal performance during the ONE Esports Singapore Dota 2 Major, it will be interesting to see if he can lead his team to victory in the upcoming The International 10 Southeast Asia Qualifier.

Getting Ready to Rumble: Our Pokémon Unite Wishlist