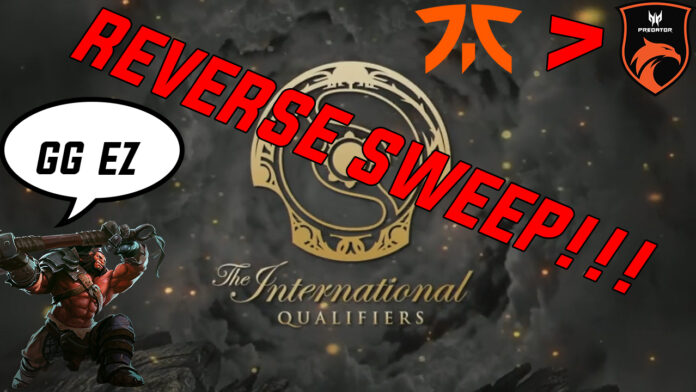 SEA fans watched with bated breath as the two best teams in SEA clashed for a prestigious spot at The International 10. The Grand Finals for the Southeast Asia Regional Qualifier for TI10 was a banger, running its full five games with Fnatic reverse sweeping the Filipino squad of TNC Predator.

After barely scraping through the Lower Bracket Final against BOOM Esports, TNC came in swinging; confidently dominating Game 1 while biding their time for 24 minutes in Game 2, ensuring Gabbi’s Phantom Assassin was well-fed before shredding FNC to bits.

Truth be told, many thought the series was done and dusted by the end of Game 2. But FNC certainly never thought so; despite making a crucial mistake of diving the bottom lane high ground and getting wiped.

It takes loads of mental strength to be able to shake off any negative vibes and deliver when your backs are against the wall, much less on the grandest stage. FNC, therefore, proved that they deserved to be at the top by winning three straight matches after being 0-2 down.

The Lion-Terrorblade duo of Jabz and Raven, provided the crowd control and late-game insurance FNC needed in order to roll over TNC in Games 3 and 4. (Not to mention taking away TNC’s Lion proved to be crippling.) But we can all agree that it was Deth’s Pangolier and ChYuan’s Ember Spirit that were keys in setting up the team for success.

In the do-or-die final game, TNC made sure to ban out the pesky Terrorblade, only to be faced with yet another daunting foe: Axe. It was PTSD for TNC as they initially had to deal with FNC’s Axe once before in a 70 minute game during the Upper Bracket Final. However, it was a much cleaner game this time as FNC took the game by its reins and sent it to the finish line.

A final salvo for what would mark the end of the series.

Congratulations once again to FNC and we look forward to seeing them perform just as admirably in the upcoming TI10.

Close to US$10,000 being offered as prize pool for Singapore amateur MLBB tournament