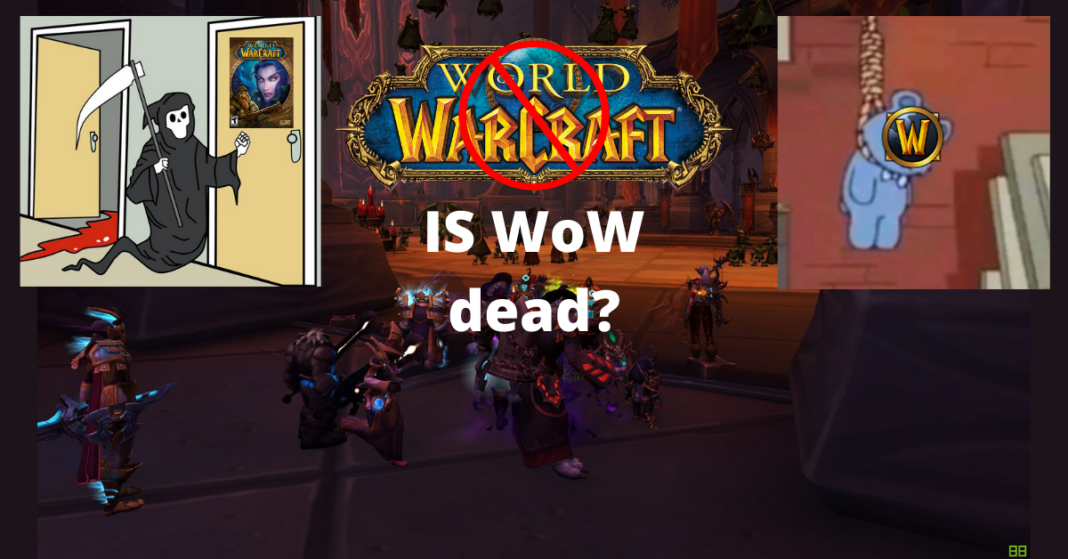 Once the leader of the massively multiplayer online (MMO) game scene, World of Warcraft (WoW) has seen many competitors come and go. But even after 17 years on the scene, WoW was dealt a devastating blow by popular streamer Asmongold.

Since his incriminating YouTube video was posted on March 20th, WoW has seen its player numbers plummet. Blizzard reported a 5 million player dip in monthly active users between Q1 of 2020 and Q1 of 2021 – and although we can’t tell how much is attributed to WoW players, the growing dissatisfaction with the game is plain for all to see.

But WoW’s recent demise cannot be blamed solely on Asmongold. Instead, many argue its downfall is largely of its own doing. After years of retcons, microtransactions and ignoring its player base, some speculate that WoW’s time has finally come.

We have to admit  – Blizzard does have the capacity to write some good storylines. From the story of Arthas to the legend of Stalvan, there are countless times they have captured our imaginations.

The annoying thing is they then take all the good work they have done, and throw them out the window. Remember how Malfurion and Tyrnade were instrumental in stopping Arthas and Illidan in The Frozen Throne (TFT) – only to disappear when it came to The Burning Crusade (TBC)?

Absolutely unacceptable. By continually ignoring important elements of previous stories, and keeping up the poor and unnecessary retcons, Blizzard is writing the WoW universe into the ground.

Casual players as an afterthought

Another prevalent complaint is that Blizzard treats its solo casual players as an afterthought. For players who pop by from time to time, many have fun in the initial gearing process –  but find they have little to do once they cap out their characters.

Although various secret content is available, most players don’t know they exist. And even with the weekly covenant campaigns, most find them difficult to get into because they are spaced far apart and quickly run out.

As such, it is no surprise that so many players are leaving the game after the initial release hype. When compared against other MMOs that put more effort into their solo player modes, WoW has a long way to go.

The death trap of microtransactions

Sad as it is, microtransactions have become a mainstay in the gaming industry – but they still piss WoW players off big time.

In the recent TBC pre-patch, Blizzard made a series of announcements that ruffled some feathers. Amongst them is the Dark Portal Pass – a one-time boost for characters on a Burning Crusade Classic progression realm to level 58 for $47. This boost also gives boosted characters a free mount, a set of magic-quality gear, some gold, and bags.

But in a game where grinding is an important part of the experience, such microtransactions give an unfair advantage. This has sparked intense pay-to-win debates and fed into sentiments that the spirit of the game is diminished.

So has the 17-year-old game finally met its end? The short answer is no – WoW continues to be an iconic MMO game and still holds much pop culture significance. But if recent developments have served as any guide, it is only a matter of time before Blizzard drives it into the ground. It needs to turn things around – fast.