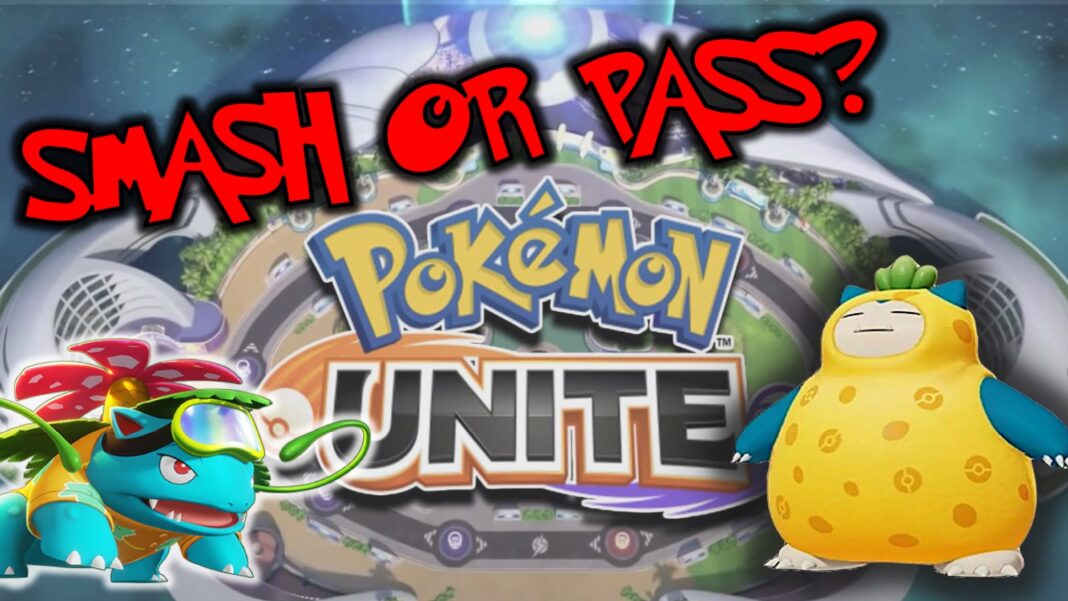 Finally, the long anticipated (or dreaded?) Pokemon Unite has hit the Nintendo Switch stores on 21 July.

While the Pokemon Unite trailer is quite possibly the most disliked video to date by Nintendo, the fully-released game is, thankfully, nothing like its trailer. But despite its name, the game has the potential to very well unite, or divide, fans.

For those who have yet to play the game or are waiting for its mobile release, here’s what the game is about in a nutshell.

Pokemon UNITE takes place on the mythical Aeos Island, where players will find the Unite Battle Committee (UBC) which oversees and runs Unite Battle tournaments. In Unite Battles, players form teams of five–CPU, friends or strangers, take your pick–and compete against each other to see who can score the most points before time runs out.

It’s like Capture the Flag meets basketball. You can also call it…Poke-ball?

With six tutorials on important in-game mechanics (that even give you Aeos coins for finishing them), you’ll get a hang of the game’s controls in no time. And if there’s anything a Pokemon game is, it is approachable.

But unlike the usual MOBA games like DOTA 2 and League of Legends that can drag on and on for 30 minutes or more, Pokemon Unite thankfully has the sense to cut this off at 10 minutes. Competing in a few battles back-to-back? No sweat at all.

Considering that the game is more of a venture into other genres than an actual attempt to overtake the big leagues in the field out there (or so I assume), its easy-breezy vibes might even reach audiences wider than the average MOBA player.

So to all the Pokemon fans out there who are wondering: should I play it? Honestly, I don’t see why not. It’s not a game that would get me hooked, but it’s not one that I would completely shun either.

Though the genwunners out there might have a lot to say about the game, it no doubt has its positives.

As someone who’s been playing since Gen 3, it warms my heart to see how far the franchise has come in terms of its battle graphics. Who wouldn’t want to see Snorlax belly-flopping onto enemies or a Charizard Seismic-Slamming a poor little Pikachu? Plus, the music slaps as always.

In between battles, you can even spend in-game currency to unlock cosmetic items/skins for your trainer and Pokemon, some of which are hilariously stupid and cute. I mean, c’mon, Snorlax as a fat pineapple? I’m in.

My biggest gripe with the game is that type advantages aren’t a thing. There are people who say that this ensures a focus on strategy, but the inner purist in me just can’t fathom a Pokemon game without elemental advantages.

What are some of your thoughts? Let us know in the comments below.

If you’re playing before August 31, remember to claim your free Zeraora!

[Opinion] If you were boycotting Activision Blizzard, don’t stop now

Is gaming live streaming a career we can pursue?