ultiasia
Home Dota2 Will this be Whitemon’s first-ever TI victory? 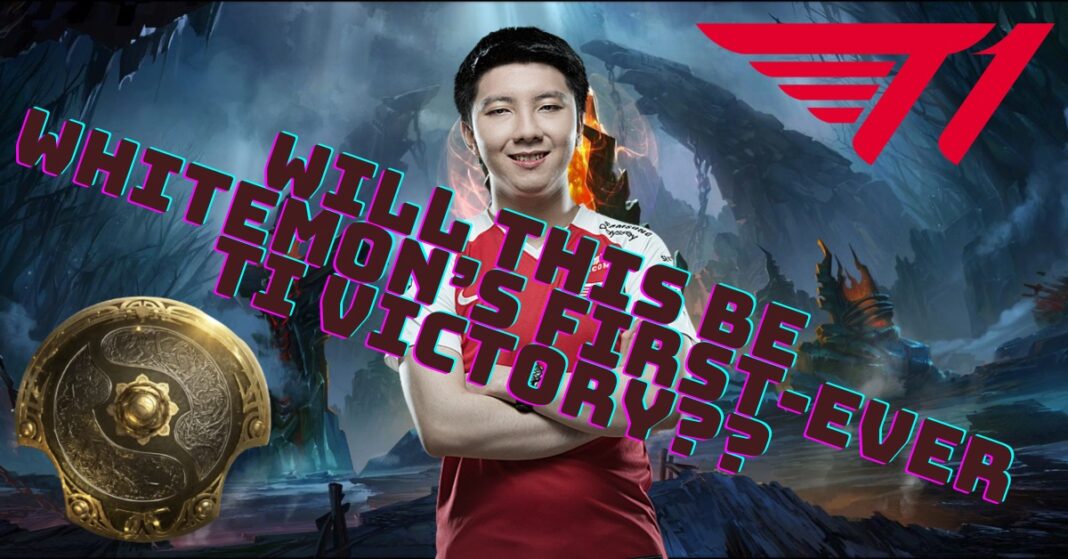 At 1 pm in the afternoon, Matthew “Whitemon” Filemon begins his workday. He sits in front of his computer screen for hours at a time, frantically pressing keys while verbally discussing strategies with an invisible audience.

And no, the 21-year-old hasn’t gone unhinged from the monotony of working from home. He is instead playing practice matches with his teammates.

He may look like your average Joe, but under the moniker of Whitemon, he is a professional esports player vying for the championship title of the upcoming Dota 2 competition, The International (TI) 10.

And just like any professional, he spends hours upon hours polishing his craft.

“The practice is usually from 1 pm till 12 am,” shared the support main. “We usually scrimmage from 1 pm till about 7 pm, and after that, we play public matches.”

Long, gruelling hours and the fact that he has been playing the game since 2012 has not diminished the Indonesian gamer’s love for it. Today his passion has paved the way for him and his team to qualify for TI10, after their outstanding performance in the recent WePlay AniMajor 2021 and the Electronic Sports League (ESL) One Summer 2021, where they placed 3rd and 1st respectively.

His team T1, which crashed and burned during April’s ONE Esports Singapore Major 2021, has garnered strong momentum to become one of the strongest contenders in TI.

“For the Singapore Major, we prepared the draft, but then (Carlo “Kuku” Palad) got COVID, so it was hard for us to play and we didn’t really have good communication and all that,” added Whitemon. “But I think it is quite good now, our communication is really good and we have chemistry.”

Aside from their major hiccup during the Singapore Major, Whitemon struggles to communicate with his teammates at times, due to language and distance barriers.

As an international team, the team consist of players and coaches from countries like Indonesia, the Philippines, Thailand, and Korea. They are forced to communicate in English, a second language for most of them. The team has taken great pains to understand each other. To make matters worse, the pandemic prevents them from physically practising together and forces them to use Facebook groups as their primary means of communication.

“I think that we may become lazy or something because of the distance,” he added with a chuckle. “But as long as there are no new changes, we are confident to do well.”

To mitigate the problem and to adhere to COVID-19 measures, the team is hoping to fly in early to practice.

“We want to get there first to improve our chemistry and know our gameplay, so that the result would be good. But we are not very sure yet,” he added.

With only a few months left till TI10, Whitemon is pumped to play against the Chinese teams, in particular PSG.LGD.

“The Chinese teams are quite strong, and I think PSG.LGD has a similar play style to us, but we want to play against them because they beat us in the Animajor and we want revenge.”

With TI10 set to be held this October in Bucharest, Romania, we look forward to watching our SEA teams compete against the best of the best!

Global Esports Games 2021: Here’s who you need to look out for