ultiasia
Home Games Grandon Oh: The life of a shoutcaster 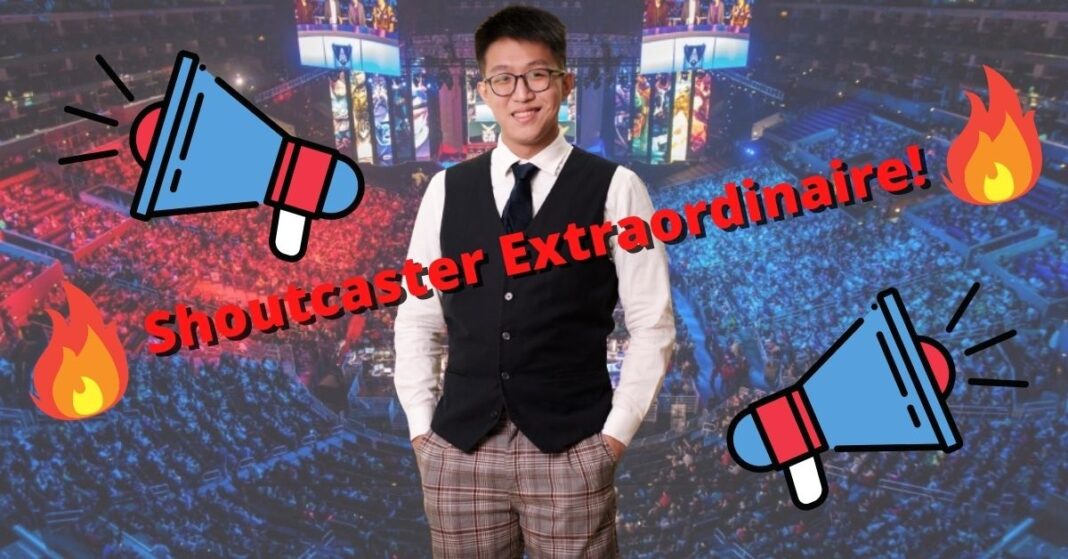 Most people wake up on a weekday at about 8am, take a shower, grab a bite and head out for work.

Not so for Grandon Oh. He gets up at 10am and then jumps straight into work, eyes on the screen, fingers on the mouse and ears tucked in snugly inside his headphones.

Oh no. He’s not a gamer. He’s the guy who tells people what’s going on during games, whether it is League of Legends or Valorant. Grandon  “Gamernissem” is a shoutcaster and he loves his job.

“I’ve woken up in the morning thinking to myself, man, I love my job!,” said the 22 year-old, with an irresistible energy.

And it is clear he does. Having done this since he was 15, Gamernissem believes that he has a long way to go, despite his years of commentating.

“I wouldn’t say I’m like top-tier wine, but more like high-entry level. It’s like you left me in the cupboard and you forgot about me, but when you bring me back it’s like wow, it’s aged really well,” he says.

He first tried his luck when he interviewed to commentate for the Garena open qualifiers back in 2014. He failed to cross the hurdle but did enough for a local veteran Jensen “Jstorm” Goh to notice him. Jstorm invited him to learn the ropes as an observer, an opportunity Gammernissem seized.

“If not for him, I wouldn’t have got the chance to be a caster,” he added.

The role of the caster is a difficult one. For one thing, you’d have to be very familiar with the game mechanics to know what’s going on in the game. Then you’d need to know the meta in order to comment on strategy. Finally, you have to be quick-witted – esports plays take place in a split second. And unlike football, there is no replay to catch-up.

“It was a lot of trial and error,” Gamernissem shared. “It’s difficult, you have to trudge around in the dark a little bit to see what kind of works.”

After gaining experience, Gammernissem caught his big break around 2018 when he was given the opportunity to cast overseas in Thailand, China and even Hong Kong for the 2018 PUBG major. These served as major milestones and experiences for him. But the cost was not performing as well as he could in school – something he does not regret.

“But looking back at it, I don’t regret it,” he shared. “It kind of changes the perspective of things, you get to see a totally different culture, and you get to become independent a lot faster.”

For a tough job like casting, it’s all about improving at the edges. Gammernissem’s plan is to work at it every day with the hope of casting international events such as the Mid-Season Invitationals and the Valorant Champions Tour.

It’s a grind but one that he happily takes on, partly due to his passion for the job.“I think I’ve gotten very lucky with a lot of opportunities, but the important thing is that when it comes, I have to show that I am good enough.”

Quincy Crew in TI: “Anything can happen, it’s all about keeping our head down...