ultiasia
Home Games PSG Response: Talent can only take you so far. You must find... 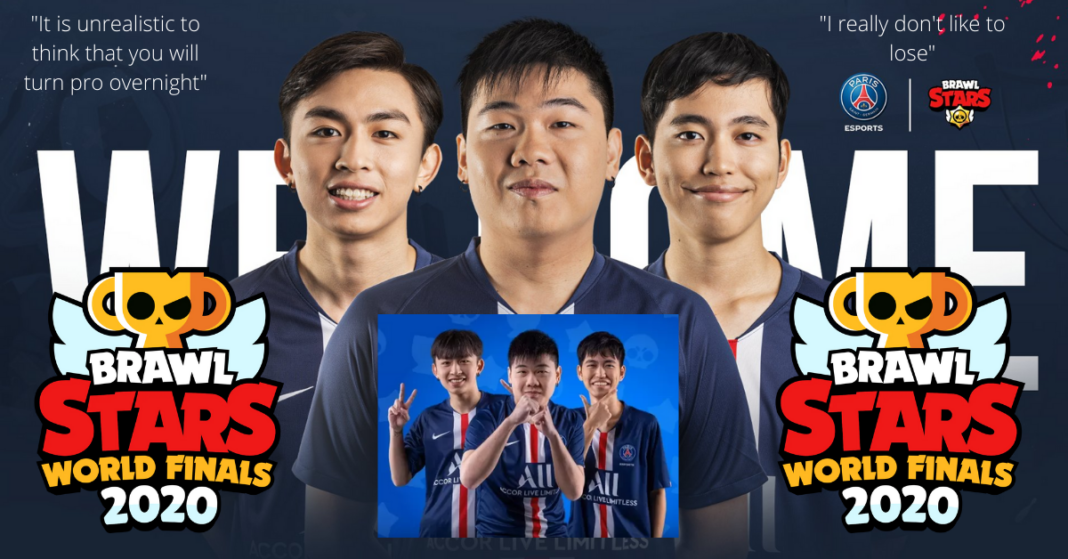 As the timer counted down to the final siege, PSG’s leader CoupDeAce solidified his team’s domination by obliterating the last remaining opponent. With only 25 seconds to go, nothing stood in the way between him and victory.

It was 22nd November 2020, and hundreds of thousands of viewers came to watch Singapore’s PSG esports team battle it out with Brazil’s INTZ on Twitch. The winner would walk away as the champion of the 2020 Brawl Stars World Championship.

But sweet as the victory may have been, PSG’s success only came as a result of months of hard work. The smooth transitions and expert communication – which looked effortless on competition day – plus the countless hours of scrims and practice sessions were the foundation of their success.

Such dedication comes with much sacrifice and determination. And for Nicholas “CoupDeAce” Ng and Jerome “Response” Quek, their love for the game and drive to win spurred them to give it their all.

“On top of my love for the game, competition really drives me. I am a huge competitor and I really don’t like to lose,” said CoupDeAce. “For me, being good at a game is not enough –  it is the drive to win that really takes things to the next level.”

As a junior college student, Response also mentioned the struggles of balancing professional gaming and his studies as one of the greatest challenges in his esports career.

“Between long hours of training and school work, I found it difficult to manage my time and my parents began to worry that I was neglecting my studies”, said the 17 year old junior college student.

Thankfully, Response’s parents were very supportive, and were confident he would make the best decision for himself. This was especially so after his career started gaining traction and recognition.

Moving forward, CoupDeAce has big plans for PSG. Japanese and European teams – like Animal Chanpuru and Zeta Division – remain formidable adversaries to contend with, and PSG has no intention of giving up their title easily.

These teams come from more competitive regions, and have the advantage of getting more exposure competing with equally qualified teams. Nevertheless, PSG will work with available resources to prepare themselves as best as they can. With preparations for Brawl Stars Championships 2021 already in full gear, PSG is doing as much as they can to learn from regional championships.

“So far it has been going well. We have won every single regional monthly final without too much of a problem”, said Response.

As proud members of the world’s top Brawl Stars team, CoupDeAce and Response have much to be proud of. But as the competitive fighters that they are, they have no intention of resting on their laurels.

Ending off the interview, CoupDeAce offered some words of encouragement for aspiring competitive gamers. “As competitive gamers, you need to put in the hard work to see the results. I know that talent sometimes plays a part, but you need to always stay strong and keep looking for ways to improve in the game. It is unrealistic to think that you will turn pro overnight.”