ultiasia
Home MLBB The world’s biggest MLBB tournament is back. Who should host it? 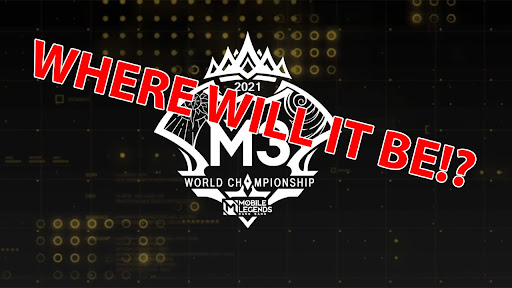 What an incredible year to be a Mobile Legends: Bang Bang (MLBB) fan. Just 7 months after the M2 World Championships, Moonton Games has announced that the M3 World Championships will be held this December. Now the big question is: where should it be held? If you’re scratching your head Moonton, we’ve helped narrow your choices.

Pros: Numbers, numbers and more numbers. MLBB is huge in the Philippines. Its MLBB Professional League (MPL) Facebook page has nearly 2 millions followers – almost a third of Singapore’s entire population (wew). The recent MPL season there also had a record viewership of 1.4 million, and Facebook Gaming there sees endless streams of MLBB goodness.

The Philippines is also an emerging MLBB force, being home to the M2 World Champions Bren Esports. Another Filipino team, the now-defunct Execration, also lifted this year’s MLBB Southeast Asia Cup. The runners-up, Blacklist International, will be another one to watch. So will ONIC. Could Moonton ride on these Filipino heavyweights and host a World Championship there?

Cons: With M3 set to be an offline tournament in the middle of a pandemic, safety will be a key priority for organisers. But the Philippines is currently experiencing a record surge in cases, and it remains to be seen whether the situation will improve come December. The country also has little experience in hosting international esports tournaments, with the 2016 Dota 2 Manila Major being the sole exception.

Pros: The traditional powerhouse, the king of the ring, the country where MLBB legends are made. Indonesia is arguably the spiritual home of MLBB. Indonesia’s Evos Legends fittingly cemented their place as legends when they won the inaugural M1 championships. Then there’s M1 runners up Rex Regum Qeon (RRQ), and the emerging force that is Bigetron.

These teams have huge followings in the millions. Bigetron has 1.5 million Instagram followers, RRQ has 3.4 million, and Evos Esports? A staggering 6.5 million

Indonesia also has the know-how in organising big esports tournaments, with the regional MLBB Southeast Asia Cup held in its capital of Jakarta twice. Could it make a global step up this year?

Cons: Like with the Philippines, safety remains a key concern in light of Covid-19. However, cases seem to be falling and vaccination efforts are ramping up. Could the situation abate by December? Only time will tell. But Indonesia is in need of some much needed festive cheer, and a World Championship might just do the trick.

Pros: M2 in January, M3 in December. Why not? Been there, done that – there’s a strong case for this tiny nation. M2 aside, the Free Fire World Series and the One Esports Dota 2 Singapore Major have all been held successfully here this year in spite of a pandemic. Nuff said.

Cons: However, Moonton might be reluctant to hold two consecutive world championships on the same turf. Singapore’s reach also pales in comparison to its bigger neighbours like Indonesia and the Philippines. Moreover, December already looks packed for Singapore as it will be hosting the inaugural Global Esports Games. Two major events in the same month might be a stretch.

Meme Monday: Arcane, the gift that keeps on giving