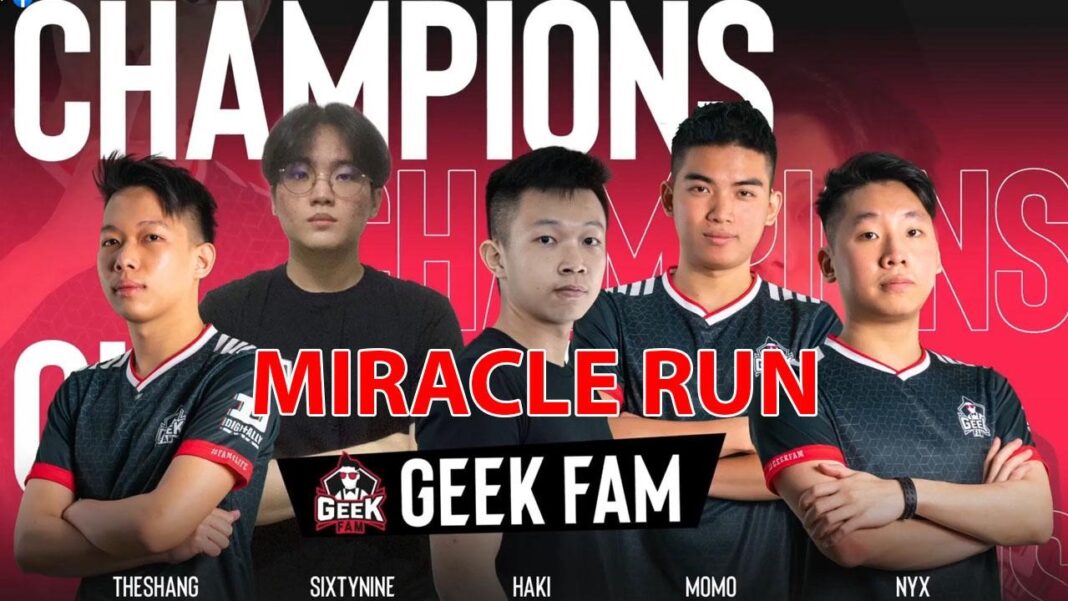 At the beginning of ESL Mobile Open 2021’s Fall Season, the departure of Ozoraveki and Rumpel seemed to weaken the entire Geek Fam lineup. By the end of the Group stage, Geek Fam looked down and out, finishing in 6th place and were required to fight for a last chance at Playoffs against Silent Killer and Splatzone Insomniax.

By the skin of their teeth, they managed to buckle down and beat out the two, cementing their spot as the lowest possible seed of the playoffs.

The team had less than a week to prepare for playoffs. They knew that if they continued to play the way they were, they would not go far. Even as the team did not have a coach or regular scrims available to them, individually, the players made sure to expand their strengths and their champion pools.

TheShang was no longer a one-trick Darius. Instead, he added Riven, Fiora and Camille into the mix. Senna banned? No problem. NyX says “Lulu and Nami are my new best friends”. As long as Momo was safely protected as Kai’Sa, everything would come up hunky-dory for Geek Fam.

And it did. Geek Fam did the impossible; taking down one team after the other before ultimately defeating tournament favourites Berjaya Dragons in a 4-3, cementing their Group Stage spot in the SEA Championships. Meanwhile Berjaya Dragons would have to fight through the Play-ins before they can even have a chance in the limelight with Geek Fam again.

What made this achievement even better was that almost all of Geek Fam’s players were awarded a series MVP; showcasing their individual ability to carry.

Now, Geek Fam will have a chance to face Ozoraveki’s new team, Alliance. Who do you think will come ahead of this new rivalry? We will have to find out during the SEA Championships later in September.