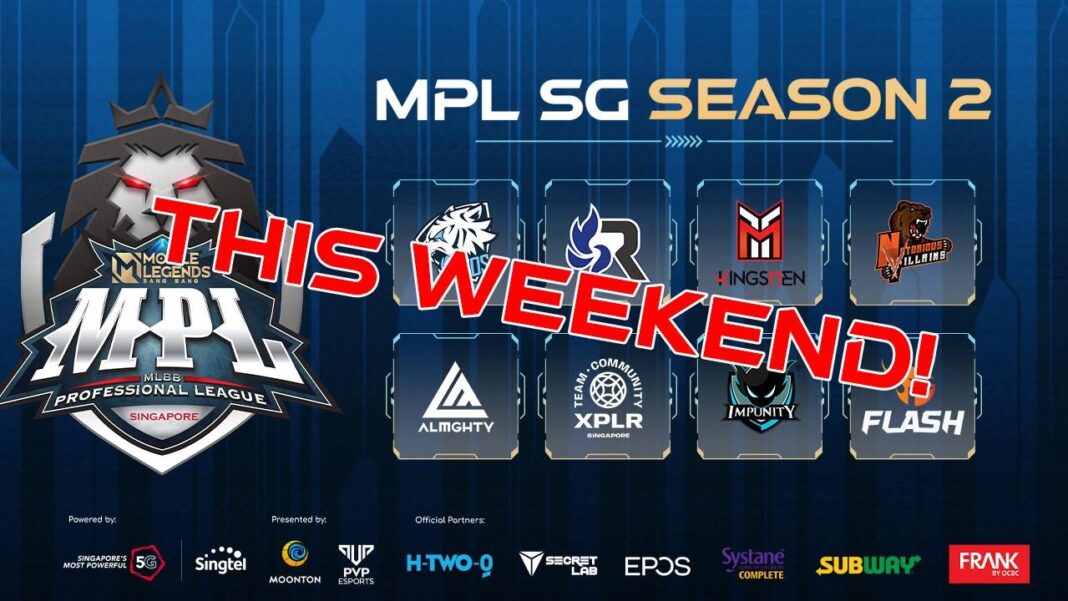 With the various MPLs in Southeast Asia under way, it is high time Singapore joins in on the action. Come September 11, Mobile Legends Professional League Singapore (MPL SG) will be back for its 2nd season, but not before introducing some upgrades to reward viewers and give much-needed clarity in the standings.

With the coming season, MPL SG will make standings even clearer by changing up the points system. This time, each game win will mean even more, with a 2-0 granting the winning team a whopping 3 points while losing teams don’t lose points anymore. Below are the full details:

To top it all off, the MPL SG is doubling down on the excitement by making the Losers Finals a BO5 and the Grand Finals a BO7. Now we get to watch more games to truly determine who the best teams are moving into the upcoming M3 Championship.

Team Flash makes their return after a 3-year hiatus from the Mobile Legends: Bang Bang esports scene. They knocked out Season 1 qualifier Forsaken to take their MPL SG slot.

However, a quick look at their roster reveals that the new kids on the block are actually made up of quite a few old faces – EVOS’ Pokemon, Kingsmen’s a1a2 and NV’s TSUNAAAAA. Pokemon was instrumental in helping EVOS clinch the inaugural MPL SG title while a1a2 was pivotal in keeping Kingsmen competitive with his mages. Equally outstanding was TSUNAAAAA, who had the distinction of chalking up the most kills in the league during Season 1.

We can and should expect great things from Team Flash for MPL SG Season 2. But if the recent PVP Esports Open Finals are any indication (going down 2-3 against IMP SG), they might need a little more time to get their act together. This is especially so since IMP SG was knocked out in the playoffs of MPL Season 1.

Another key change is to the Season 1 champion’s roster. We knew it was coming, since EVOS made it quite clear at the end of Season 1. But what we didn’t expect was 4 out of the 6 slots to be swapped out. While we haven’t seen much of EVOS’ current strength and gameplay, one can only expect EVOS to look very different from what they were in Season 1.

Veterans Potato and JPL will be the ones to look out for as they lead their title defence in Season 2. Will they be as dominant as before? Or will their team manager Soul smash yet another headset during the season? Thankfully we don’t have to wait too long to find out as they will face Kingsmen in a grudge match to open Season 2 – who can forget Kingsmen captain OhDeerBambi taunting his ex EVOS teammates, only to eat humble pie later on. Bring out the popcorn!

League of Legends’ new Netflix series, Arcane. Will it be a WIN or a...

Esports to be part of Asian Games 2022