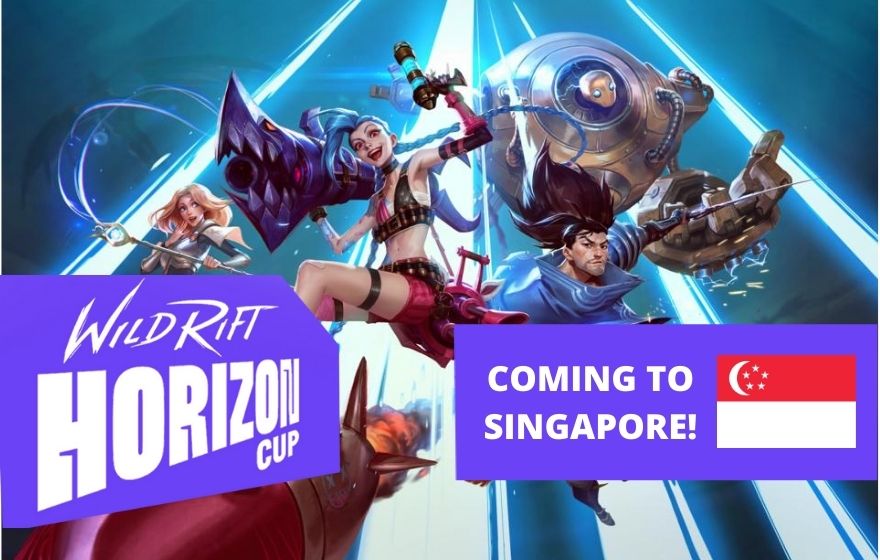 Everyone is familiar with League of Legends’ ever-growing popularity, especially since Riot Games released Wild Rift, the mobile version, in October 2020.

Although Wild Rift is practically an infant in the esports scene, the game has been building its community and is wrapping up its annual competitive circuit with an upcoming final competition.

So, here’s everything you need to know about Wild Rift: Horizon Cup.

It will be held over a period of 8 days, from 13 to 21 November, and will welcome 10 qualifying teams. These teams will qualify for the Horizon Cup from other ongoing regional leagues around the world.

Some of the participating teams that have qualified include Da Kun Gaming, KT Rolster, Team Queso, Sengoku Gaming and eBRO Gaming. We’ll be expecting more from North America, South America, Europe, Japan and Brazil to qualify in the upcoming weeks.

Finally, some offline esports action in SEA after such a long and tiresome pandemic. Supported by the Singapore Tourism Board, Riot Games will work to bring the teams into the Southeast Asian country.

Qualifying teams are expected to fly down to Singapore in the near future to attend the Horizon Cup at the Suntec Singapore Convention and Exhibition Centre.

While not all details of the tournament have been revealed, Riot said information regarding the prize pool, format and schedule will be released soon.

One can only hope to be able to buy tickets and attend as a member of the audience during the event. With over 83% of Singapore’s population vaccinated, this might just be a very real possibility.