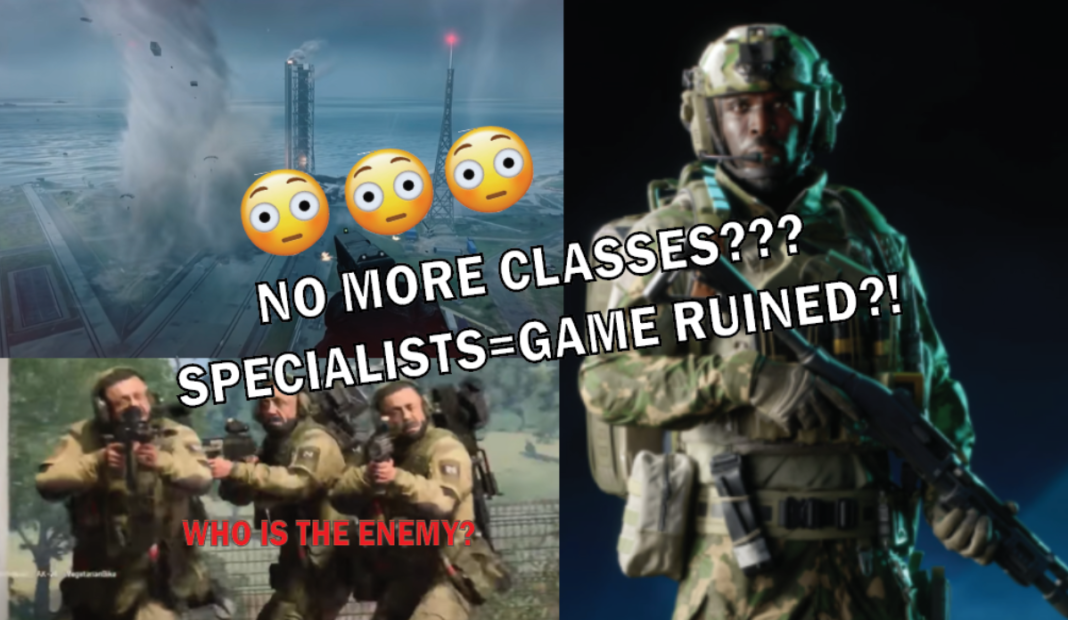 The Battlefield 2042 beta ended last week and the player base certainly has some explosive reactions.

Set in the near future of, well, 2042, the newest addition to the wildly successful Battlefield franchise enters the fray on November 19 with three game modes, seven maps and the controversial introduction of specialists. That’s right, classes are no more – and players have a lot to say.

But that’s not all. Here, we highlight juicy feedback from beta players so hear us out before you cancel your pre-order.

Classes (recon, assault, engineer and support) were an iconic, well-loved aspect of the Battlefield franchise. It was a way for players to feel important and useful in a multiplayer setting, with specialised kits to dominate opponents and aid allies.

In Battlefield 2042, they were replaced with Specialists. What are they? Think heroes from Overwatch, legends from Apex Legends or Valorant agents: Playable characters that have nifty abilities and traits unique to themselves.

So what’s the difference? In previous Battlefield games, classes were restricted to certain weapons and gadgets exclusive to each class. In Battlefield 2042, however, any Specialist can have free reign over whatever weapon they want, no holds barred.

Many beta players and the community have voiced their concerns over this matter. It has the potential to wipe-out the teamwork aspect of the game, because now anyone can be a one-man-army thanks to unlimited weapon and gadget choices. When everyone is OP and can do mainly the same thing, who needs a team?

Another common sentiment is that specialists make the game less immersive. In previous Battlefield games, players liked being their own, unnamed soldier, imagining themselves in the game. Now, they suddenly resume the identity of a character. As an Overwatch and Valorant player, I can’t relate. Who AM I?

Another major concern from players is that no matter which faction you’re in, the Specialists look the same – distinguishing friendlies from enemies is almost impossible. To make matters worse, player identification is hard: Allies only have a tiny blue dot above them and enemies only have a red name tag.

Good luck finding out who’s who, because friendly fire is guaranteed.

With up to 128 players (if you’re playing on PC) in Conquest and Breakthrough modes in large, beautiful maps, there won’t ever be a dull moment. Many beta players share that they have had an overall fun experience and the one map in the beta, Orbital, certainly helps.

What screams “epic Battlefield moment” more than fighting your enemy with a rocket launching behind you and a tornado engulfing everything in front of you? Oh yeah, tornadoes. They have tornadoes now.

As with many game betas nowadays, Battlefield 2042’s beta wasn’t going to be perfect. Sure, there may be a few bugs here and there and your frame rate may not be at its peak, but it’s important to remember that the beta is not the finished product and thus should not be judged as that. Furthermore, the beta only showcased one map, one game mode and four Specialists. When released, the game will have much more to offer.

With that said, let’s not invalidate any concerns or criticisms that the player base has. To each their own.

The verdict? Bravely trying new things out, Battlefield 2042 looks promising and devilishly fun but we can only wait and see what it can truly offer to its loyal and eager fans.