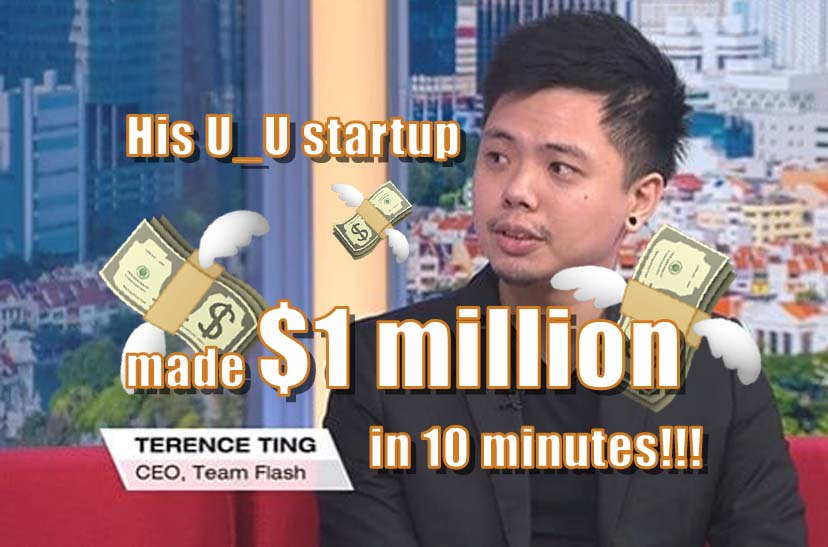 It took a couple of years for Team Flash founder Terence Ting to turn his esports team into a million dollar business.

With his latest venture, the 29-year-old entrepreneur took just 10 minutes to make his first million.

Since stepping down as Team Flash CEO in February this year, Terence has been busying himself in the online world, but in a whole new space – NFTs.

He founded NEX10 LABS in August and last month raised over $1 million dollars from the sale of Uninterested Unicorns (U_U), a new generative NFT avatar project built on the Ethereum blockchain.

Who is Terence Ting?

You have to have been living under a rock if you haven’t at least heard his name before.

Terence Ting is one of THE biggest names in Southeast Asia’s (SEA) huge esports scene. He founded the team in October 2017, and in just four years, has made it one of the biggest and most successful SEA teams.

Team Flash’s mission, among others, is to be the face of SEA eSports and make gamers heroes. Safe to say, they’ve achieved them.

Team Flash have operations in Singapore, Vietnam and Thailand, with teams playing in 9 games like Mobile Legends: Bang Bang and League of Legends.

Some of their international honours include winning the 2019 spring and winter seasons of the Arena of Glory. These two victories qualified the team for the World Cup and the International Championship, both of which they would also go on to win. They are also two-time winners of the Fifa Online 4 EA Champions Cup.

Team Flash’s Vietnam team even made it to Forbes Vietnam’s prestigious ‘30 Under 30’ list in 2020.

Yet despite the success, Terence stunned the esports world when he stepped down as CEO in February to take a more background role on the Board of Directors.

In an exclusive interview with Ulti.Asia, Terence said that he still has fond memories of Team Flash. But after almost four years at the helm, he felt that it was the right time to move on and create something new.

He is confident he has left the team in good hands. He added that the management in place has a clear vision of where the company should go and he firmly believes Team Flash will continue to be a big name in Asian esports.

“I would say that, long-term, the future of Team Flash is looking bright as well,” said Terence.

Starting anew in a flash

With Team Flash taking a back seat, Terence is pursuing his new passion: NFTs.

In case you haven’t heard, NFTs, or Non-Fungible Tokens (NFTs) are the latest and hottest trend in cryptocurrency.

Terence said that he started in the NFT space as an investor and collector in various projects. He observed how these projects would organise themselves and noted their playbooks.

Inspired by what he had seen, Terence decided to dive head first into the NFT space in August. Within a month, on September 4, he unleashed U_U  in a Facebook post.

U_U centers around colourful unicorns, who grew uninterested with everything and isolated themselves. They’re divided into 4 clans – water, fire, earth and air. Even though they’ve endured a literal war, they now live boring, uneventful lives, waiting for anything interesting to happen.

These unicorns ‘live’ in the metaverse of Ethereum (ETH) blockchain, one of many cryptocurrencies currently in circulation.

Currently, the 6900 minted U_U are the only ones to exist so far. But, if you want to get your hands on them now, you can trade for them on U_U’s OpenSea page, the world’s largest NFTs marketplace.

But this is just the beginning! Terence has bigger plans for these jaded unicorns. Their roadmap on their website unveils their own cryptocurrency, UniCandy ($UCD), and a seed investment round.

Terence shares that the U_U team are planning to build future collections. They aim to create possible Generation 2 or 3 NFTs. Plans for a game, in the same universe, are also in development – and that is where his esports background will come in handy.

With a game, they’re looking to create even more NFTs, and even extend to weapons, wearables, a new ecosystem, where one is investing in the entire U_U universe that we’re trying to create.

Said Terence: “With NFTs, it gives you the opportunity to go onto the virtual plane, create new experiences through the metaverse and, I think, that’s where a lot of exciting possibilities await.”

The inaugural U_U launch was a collaboration with friend Ivan Yeo and his team, EVOS Esports, another big SEA player. Top Filipino esports outfit Bren Esports was next to partner Terence on his NFT adventure.

Terence believes it is just a matter of time before both the esports and NFT worlds will embrace each other.

He said: “I see the wider spread application of NFT technology and blockchain that I see that the technology can have a positive impact on the esports space.”

When the founders of two of SEA’s biggest esports brands think the future of gaming lies in NFTs, there must be some truth to this. Watch this space!