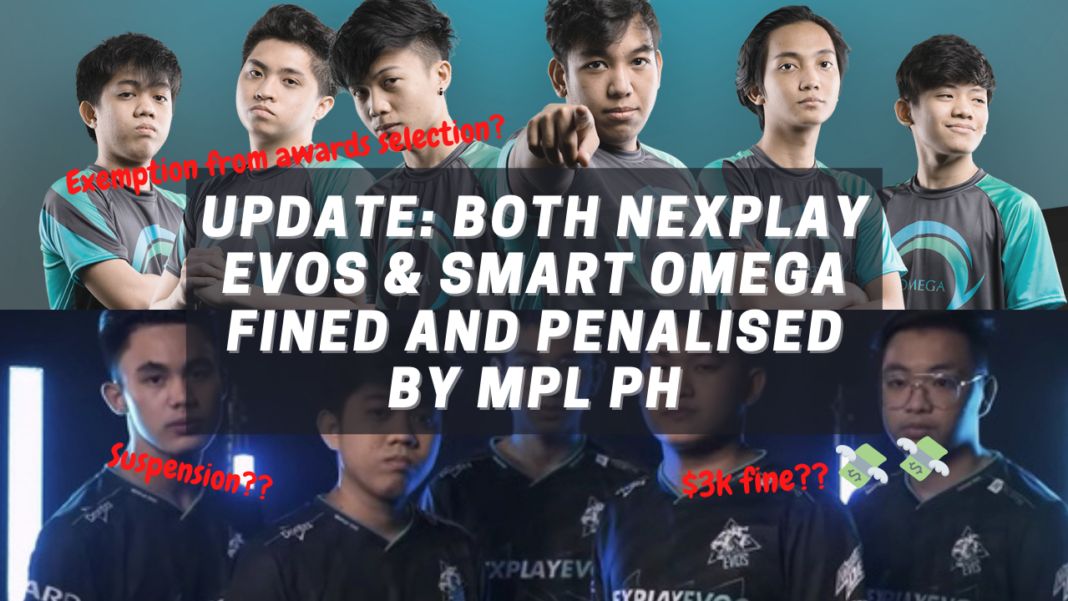 Two top Philippine Mobile Legends Bang Bang Professional League teams have been fined after they were found to have displayed unsporting conduct, which took place in the first two games of their match in Week 7 Day 3.

MPL Philippines fined both Nexplay EVOS and Smart Omega US$3,000 each after a quick investigation of a series between both teams. Players from both teams were also excluded from Season 8’s personal awards selection.

Dogie with his prohibited pose in game 3 was the cherry on top for Nexplay which personally cost him an additional fine of $500 and a suspension in the following two matches.

The punishments were meted out after both teams acted strangely in a series matchup on Week 7.

In the first game, EVOS players utilised a five Flameshot lineup while members Renejay “Renejay” Barcase, Tristian “Yawi” Cabrera, and Jeniel “Haze” Bata-anon selected heroes that they did not usually play. Smart Omega then selected Angela and Diggie, two support heroes, for their second game. See our story for more.

The behaviour had fans demanding that MPL investigate the seemingly unprofessional behaviour. The spectre of match-fixing, as well as recent reports about the Amihan Esports fiasco, also probably forced MPL Philippines to mete out quick justice.

Both teams have yet to respond to the incident nor the penalties meted out to them.

Singapore can wait: EVOS coach wants to become a legend before going home

The 7 most epic moments of Jeff Kaplan from Overwatch