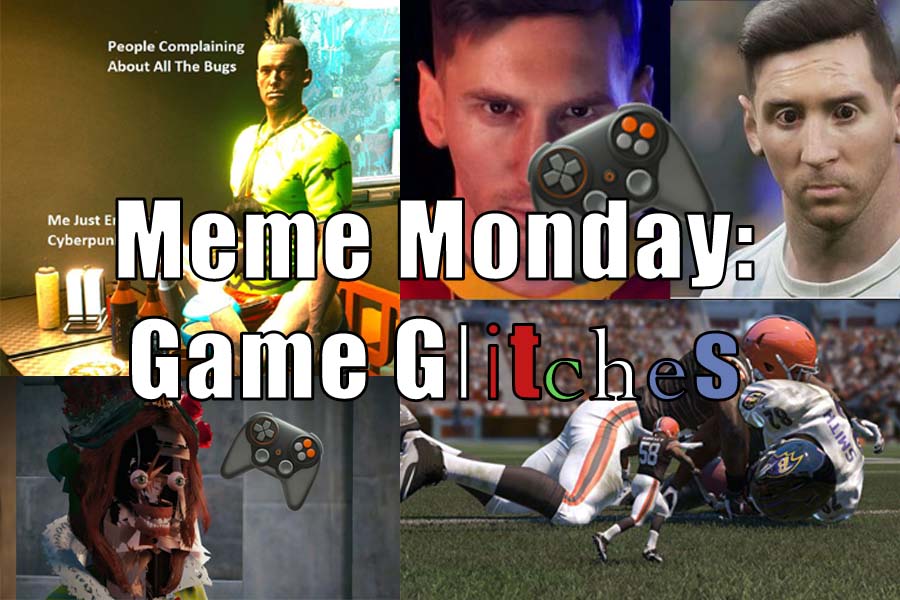 Game glitches, we’ve all seen ‘em. Some more than others, like Konami’s eFootball 2022. It was to be the company’s grand return after a year-long hiatus. Unfortunately for Konami, eFootball 2022 was met with a barrage of abysmal reviews and criticisms.

Its user Metacritic scores across platforms fall under one. eFootball 2022 is unanimously called a HUGE step backwards for Konami. And with competitor FIFA, why would anyone stick around?

Fortunately for us, one man’s trash is another man’s meme treasure pile.

Of course, we have to start with Konami! Can we call catfish? To say that all the footballers in eFootball 2022 were done dirty, would be an understatement. This hits a weird uncanny valley that horror movies wish they have.

2. Make the best out of a buggy time

There are also those who take the piss out of such glitches. Remember when Cyberpunk 2077 was pitched to be an innovation and industry-defining game with bloody Keanu Reeves involved? Then, it came out and became the biggest meme of 2020. Thankfully, the game is significantly better with various patches and DLCs installed.

3. A way to destress

With COVID-19 reaching its 2nd birthday soon, we could all use a breather. Maybe touch some grass as TikTok would prescribe. But eFootball 2022’s referee might have taken it way too seriously. Although, considering the game itself, it seems like a reasonable response honestly.

4. Don’t judge a book by its lack of cover

Oh, Assassin’s Creed Unity, how could people take the story seriously when these are the NPCs they had to talk to. These glitches ruined the game’s immersion and atmosphere. At least, there was a bigger motivation to kill them.

What if Antman took part in Madden NFL 15? Well that was the case for linebacker Christian Kirksey, when his game counterpart experienced a minimising glitch. Thus, the “Tiny Titan” was born. Even EA (Madden’s publisher) joined in the fun and brought the meme to life. We love a self-aware publisher!