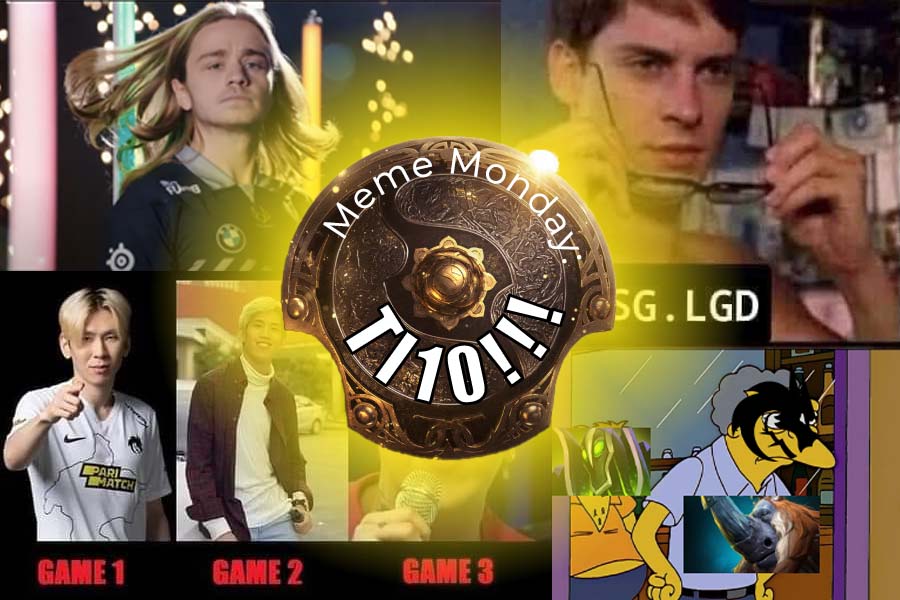 Time for Game 2 of Meme Monday! Why? Because The International 10 (TI10) has just ended after a tumultuous week of fights, broken dreams and career highs. SPOILERS if you’ve been living under a rock but Team Spirit shocked everyone when they emerged the TI10 champions!

It was all down to a tense Game 5. But the Russian team were victorious against favourites PSG.LGD in a nail biting 3-2 clash, bringing home the prestigious Aegis.

A hearty congratulations to Team Spirit and a job well done to all the other teams. Although with tons of historic and epic battles, the viewers were easily the biggest winners here. Many iconic, funny moments were birthed in the past week.

One of them was when Invictus Gaming (IG) defeated Roshan but forgot to take Aegis??? Vici Gaming, of course, took the freebie and, eventually, the win. The avoidable, rookie mistake was definitely hilarious for us, but not so much for IG. (Watch the moment here!)

So, let’s celebrate and reminisce about TI10 in classic Internet fashion: With memes!

Don’t mess with the blonde. Alexander “TorontoTokyo” Khertek is not just the standout mid laner for Team Spirit, he can also transform into a K-pop superstar depending on how his games go.

PSG.LGD was so sure of their draft that they missed out on banning Magnus for Team Spirit. In the end, they got horned, tossed and reversed.

For a while, it was clear that PSG.LGD were the clear favourites to win the Aegis. But someone gave them spectacles to check…

Unfortunately for OG, they won’t be leaving with a third TI championship under their belt. Maybe N0tail should have had a threeway ponytail for extra luck.

Team Spirit would’ve gotten the championship faster if it weren’t for PSG.LGD pulling out Rubick in Game 3. That comeback from the Chinese team could rival footballer Christiano Ronaldo’s return to Manchester United or singer Adele’s 6-year long-awaited single