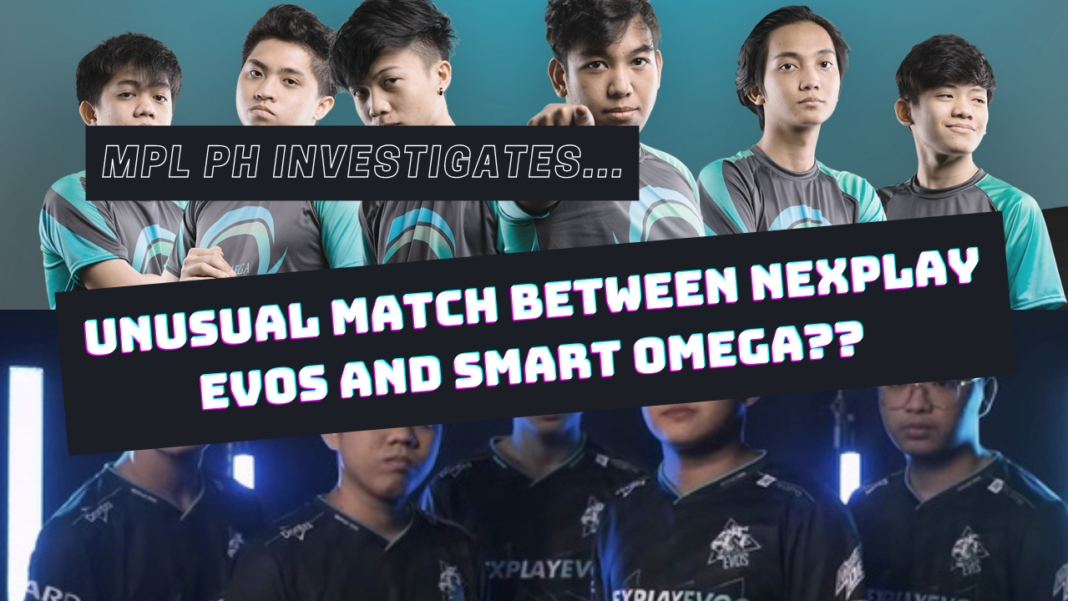 The last series of Week 7 in Mobile Legends: Bang Bang Professional League Philippines Season 8 (MPL PH S8) has thrown its fans for a loop after two of the top teams exhibited some fishy behaviour.

In the first game, Nexplay EVOS players took a five Flameshot lineup while members Renejay “Renejay” Barcase, Tristian “Yawi” Cabrera, and Jeniel “Haze” Bata-anon selected heroes that they did not usually play. You could put it down to new tactics except that EVOS got smacked by Smart Omega 39-4.

EVOS then decided to return the favour in the second game with an amazing 61-26 kill score, which was the highlight of the series.The team picked two support heroes.

By now, fans were already sensing that something was not quite right. But as the comments on Facebook Live streamed in, EVOS then went on to kill off the series with a close margin of 10-6.

Despite the conclusion, the uncharacteristic behaviour displayed by both teams have raised many questions among Mobile Legends fans, prompting MPL Philippines to release a statement of investigation.

Did both teams attempt to troll the game?

Though many still remain skeptical towards the reasons behind the odd behaviour demonstrated by Nexplay EVOS and Smart Omega, some theories have surfaced as to why the teams played the way they did.

Some have speculated that perhaps both teams were not quite taking the match seriously as it did not matter whether they placed third or fourth. Another speculation, albeit more insidious in nature, was that perhaps money or betting on the teams were involved. However, nothing has been set in stone till MPL PH concludes their investigation.

“We are aware of the controversial behavior during the match of Nexplay EVOS and Omega Esports in Week 7. Please be assured that the MPL-PH Operating Committee will investigate and take necessary actions per our rule book and guidelines,” the statement reads.

Rather than the results of the game, and with professionalism at stake here, fans and netizens alike are hoping to see a thorough investigation conducted by MPL PH before the season ends.