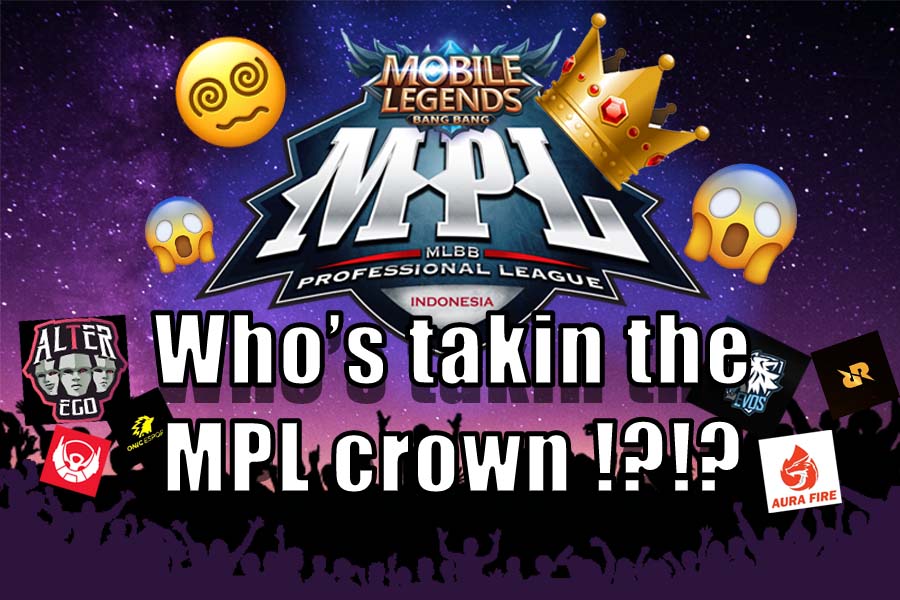 After 2 long months of regular season, ONIC has emerged at the top of MPL ID S8. The Playoffs will finally commence on 21st October 2021 in Bali. Teams will compete against each other in the most hype MPL to date.

Teams that have qualified for playoffs are ONIC, RRQ, Alter Ego, EVOS, Aura, and Bigetron. Surprisingly, the teams are the unchanged with the exception of Aura who managed to get through to the playoffs after being in the bottom for 2 consecutive seasons.

Looking at the matchups, we can expect a great match between AE and BTR as BTR are looking better than their early season’s performance. In their last match, BTR crushed AE since AE seemed to have difficulty adapting to the new patch. However, this could also just be AE is saving strategies for playoffs. Only time will tell.

The EVOS vs AURA match will also be one to look out for. Let’s see if AURA keeps showing up with unusual drafts. Don’t forget, if you see Baxia or Uranus jungle in public matches, you can blame AURA. Will AURA be able to upset EVOS and send them to the lower bracket?

If we talk about the teams in general, we would say RRQ and ONIC are at the highest level. RRQ keeps showing their class, even after Xinn moved to gold lane. ONIC is also going strong, looking at their position in the regular season, ONIC is a strong contender for MPL ID S8 champion. One might as well already look forward to their appearance at M3.

The most interesting team to watch is EVOS. Closing up their regular season against RRQ, they finally brought down LJ, a player who’s well known for his unique tank playstyle. The substituted Luminaire who seemed to have trouble adapting to current meta. Rekt, who initially played the tank role, rotated to his habitat, the gold lane. And boy did they put on a show. It seems like EVOS has finally found their groove after weeks moving up and down the ladder. Will they use the same lineup in the playoff? If it were up to us, YES.

Who’s going to be MPL ID S8 champion? It’s really hard to say since the teams are pretty close in this current meta. What we can expect is a high-class match shown by all teams and maybe even a surprising result!

Esports to be part of Asian Games 2022

Yet another world series is coming to Singapore – and it will offer a...