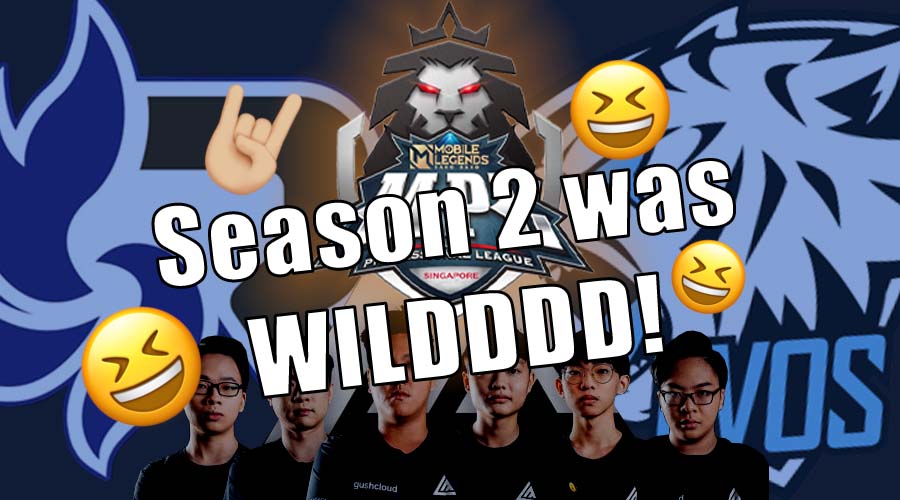 Two days ago, a battle of epic proportions took place at The Gym Esportscentre as teams fought for the right to lift the (somewhat heavy) MPL SG Season 2 trophy. (No kidding, the thing weighs 15kg)

No, we’re not talking about the el classico grand final where EVOS SG easily smacked RSG SG into oblivion with a 4-1 score line. In a BO7 there is no disputing who the clear winner is. While we congratulate EVOS for yet another clear-cut victory, it was the penultimate BO5 match that drew eyeballs and kept viewers at the edge of their seats.

After all, Almghty (AMT) managed to push RSG to all five games before eventually succumbing to RSG’s more grounded playstyle.

After seasons of RSG vs EVOS, the majority of the audience were desperately looking for some new blood to take over the old guard. Their wish almost came true with AMT’s near miracle run through the Playoffs Lower Bracket.

Analysts had completely counted AMT out of the equation, only placing bets on Impunity SG, Team Flash or Kingsmen to potentially topple the old guard. However, given the extra week of prep, AMT found a winning formula of “Tank-Mages + .BUSH carry”.

It is as broken as it sounds. With a bunch of Mages that can dish out decent AOE damage yet not die while .BUSH cleans house later, the strategy worked like a charm. One by one, tournament favourites fell to the dark technologies of AMT.

And they would have gotten away with it too, if it wasn’t for RSG finally figuring it out and tearing their draft asunder with Esmeralda and Hayabusa bans in Games 4 and 5. Without their key heroes, AMT were left defenseless against RSG’s more disciplined approach to the game.

While it’s unfortunate that we won’t get to see AMT ride their wave all the way to M3, EVOS and RSG have both qualified and we look forward to their performances on the international stage.

We hope this promising team will stick together and give us an amazing show for the next season of MPL SG.

Caster Momo Chan: I don’t need to show my boobs to stand out