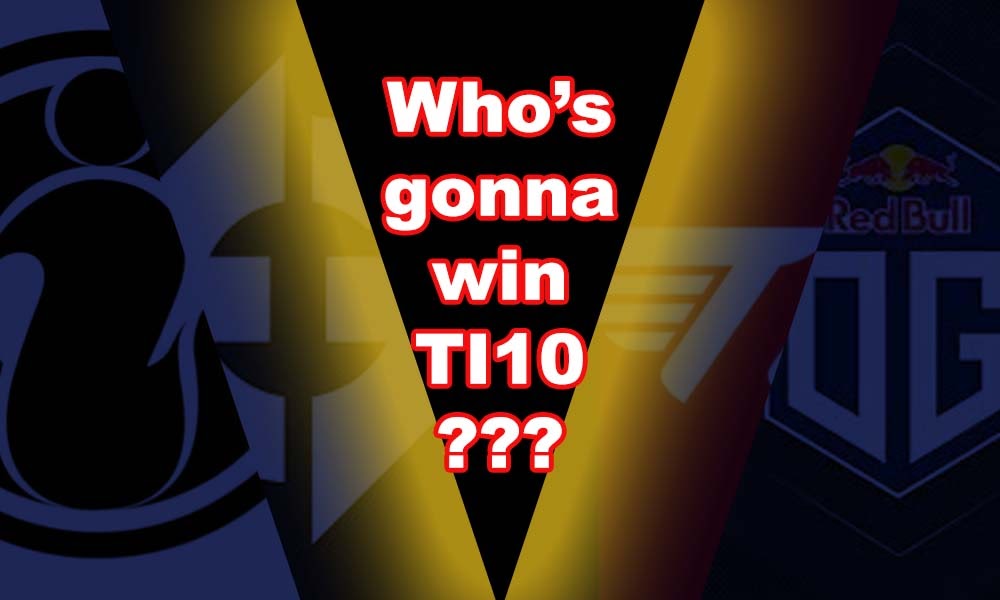 It’s here. After multiple delays, a raging pandemic and some major upsets, the biggest esports competition will be rolling into Romania and into our screens.

The International 10, or just TI10 for short, has a massive prize pool of more than US$40 million. To put that into perspective, golf’s prestigious Tour Championship has a total prize pool of US$46 million while tennis’s US Open has a prize pool of about US$50 million. Not too shabby Valve.

We’ve held off covering T110 so far, largely because there’s just so much out there already. But we have saved the best for the rest: who’s in and who’s out.

A total of 18 teams will be duking it over ten days at Bucharest. But we won’t be listing all of them here. Just the top five we believe have the best shot at winning the biggest prize.

The reigning champions and the team with the most TI wins under its belt: the legendary OG.

Anyone who follows Dota 2 would be well aware of the European team’s exploits. From Topson’s amazing tactical genius (Diffusal on Gyro??) to Ceb’s legendary positioning, you can’t ever write OG off.

They had a rough time this year, leading up to TI. Ana, their carry, retired after a string of poor performances in the DPC. But they have arguably picked up an even better replacement in SumaiL.

Most people wouldn’t place their bets on OG. After all, they only just managed to qualify after squeezing through the regionals. But they have won the TI twice for a reason: their pedigree is unmistakable.

One of two representatives from Southeast Asia, T1 might not be everyone’s cup of tea. But they are our choice of poison.

T1 is not filled with a star-studded lineup but they have something that all the best Dota 2 teams have: teamwork and unity.  From Whitemon’s super support play to savage23’s timing, when they get in sync they can beat anyone in front of them.

They most recently won the ESL One Summer, beating Virtus.pro, Alliance and Quincy Crew handily on their way to the championship. Young, hungry and raring to go, they represent SEA’s best shot at the competition.

Invictus Gaming is a machine on a roll. We last saw them in the flesh in Singapore, snatching the Singapore Major from Evil Geniuses earlier this year.

Their play is characterised by solid teamwork, great drafts and consistency of style, making them a tough cookie. In flyfly they have one of the most exciting carries in the game, while everyone remembers Emo typing “?” battling EG while 0-2 down in the finals of the Singapore Major.

Call them trolls, or upstarts but these underdogs are going to bite you if you give them a chance.

There’s not much to separate both first and second place on our list. But based on star quality alone, Evil Geniuses have the best talent to win anyone, any day.

All their five slots are filled with the best in the business. Singaporean iceiceice is regarded as the best offlaner in the world, while Canadian Arteezy is followed by thousands of people for his plays on Twitch and YouTube. Abed’s Puck and Storm Spirit have turned matches around while Fly guides the entire team with a steady hand.

Unsurprisingly, they topped the DPC Pro Circuit season with a massive 1700 points, 400 more than their nearest challenger. And a look at their recent matches showed that they are just so hard to beat. Since 2021 started, they have suffered just five defeats out of a total of 33.

The thing is though, two of those five defeats came in the finals: One against IG of the Singapore Major and the other against PSG:LGD in the WePlay AniMajor.

Are they chokers, or will they finally break the duck?

Finally, the team everyone will be watching is red hot Chinese team PSG.LGD.

Like EG, PSG.LGD is stacked with talent from top to bottom. Whether it is midlaner NothingtoSay, or offlaner Faith_Bian, the team has the players and tactics to smash any one challenging them.

But what could be critical is the will to win: they are among a select few who have managed to beat EG 3:0 this season en-route to the WePlay AniMajor.  More importantly, they are hungry. They played nearly 90 competitive games over the past ten months, eclipsing all other top tier professional teams out there. That’s an average of about two competitive games a week. Hardcore.

Armed with talent and backed by pure hard work, it is no surprise PSG.LGD is the fancied favourite to become TI 10 champions.

So there you have it. Ulti.Asia’s definitive power rankings for TI10.

But if you ask us, we have a sneaky feeling that OG will do another smash and grab like they did the past two TIs.

Wanna bet against us? Drop us a challenge at editor@ulti.asia.

Getting Ready to Rumble: Our Pokémon Unite Wishlist