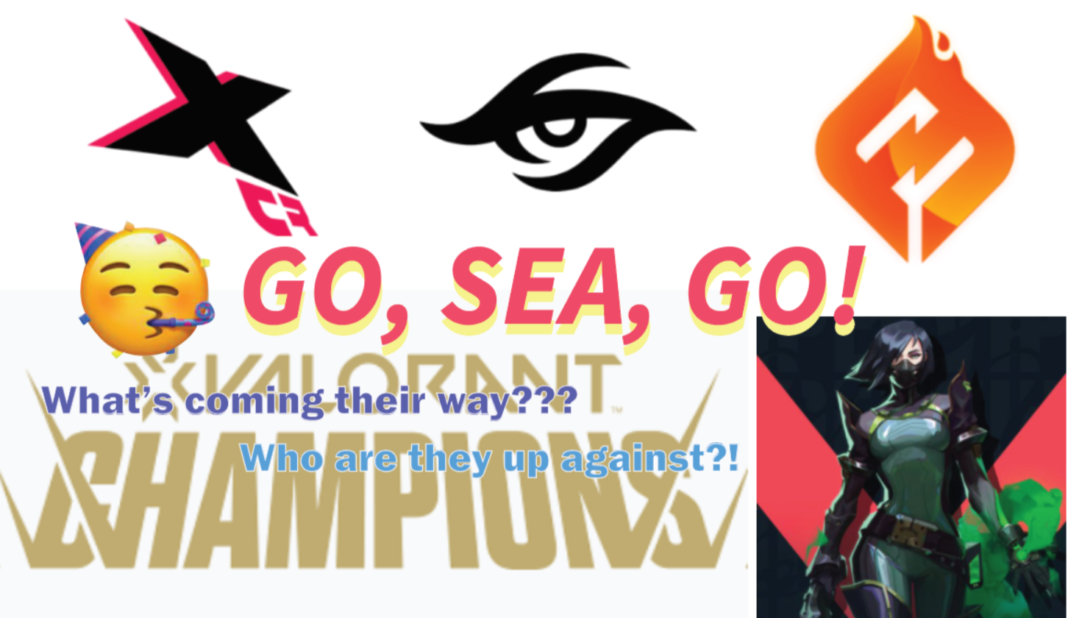 Well folks, it’s the moment we’ve all been waiting for.

One year. Two major tournaments. More than 10,000 teams watered down to just 16. It has all come down to this, the top dogs of the Valorant esports scene battling it out to be crowned the first ever Valorant Champion. Here, we find three Southeast Asian (SEA) teams – Thailand’s X10 CRIT and FULL SENSE and the Philippines’ Team Secret – amongst the best of the best, and we couldn’t be prouder.

But…we can’t help but wonder: what ARE their chances in this global tournament, full of hungry, hungry competitors?

Kicking things off in Group A, we have X10 CRIT (X10) going against…oh boy…Team Envy (NV) – the Masters Berlin runner-up and second seed of the North America (NA) region. No doubt, it’s going to be a tough battle, but X10 is in here for a reason. In regards to the SEA region, X10 holds the highest winning potential by seed alone, being the first in the region.

The rest of the teams in Group A, Acend (ACE) and Keyd Stars (KS), are also looking deadly. However, if X10 can put up a strong fight against NV, they stand a good chance against ACE and KS.

Maining Jett, a duelist consistently dominating Valorant’s meta, we are pinning our hopes on X10’s Patiphan “Patiphan” Chaiwong and Itthirit “foxz” Ngamsaard to put some pressure on X10’s formidable opponents. However, every player in X10 is certainly as strong. After all, they were THE SEA team at Masters Reykjavík!

Going up against Gambit Esports (GMB), the winner of Masters Berlin and first seed of the Europe, the Middle East and Africa (EMEA) region, Team Secret (TS) is really being put to the test. However, we have faith. After all, they’re facing the toughest opponents for a reason. We’ll take it as a compliment!

Even if TS suffers a loss battling GMB, Crazy Raccoon (CR) and Team Vikings (VKS) should be easier opponents, and TS should be able to win their matches, albeit not being an easy task. However, if anyone can do it, it’s the second seed in SEA.

Luckily, all TS players are stacked with the perfect mains for the meta. Zooming in, we are looking at smoker Jim “BORKUM” Timbreza’s Astra and Viper to set playing fields favoring TS in every map that they encounter.

In Group D, prospects are better for FULL SENSE (FS) but they also have their work cut out for them. Their strongest and first opponents are the first seed in Korea and 7th in Masters Berlin, Vision Strikers (VS). However, winning the match is very much in the cards, it just won’t be easy. It will take a force to be reckoned with, and being a top 16 team and fourth seed in SEA, FS fits the bill.

If they manage to win VS, matches with Fnatic (FNC) and Cloud9 Blue (C9 B) should be on a mostly equal playing field. However, since they’re fighting big names, FS should be prepared to give it their all.

Versatile in all agent categories, members of FS are a formidable five. As with the ever-present Jett meta, we are looking at Jett mains, Kititkawin “PTC” Rattanasukol and Chanawin “JohnOlsen” Nakchain, as well as Chanawin “LAMMYSNAX” Nakchain’s strong main initiators to get important frags and good entries for FS to dominate their opponents.

Currently, with the inclusion of new sentinel Chamber, the Operator meta is taking Valorant by storm. Of course, being a new agent, Chamber will be disabled for Valorant Champions 2021, so we won’t be seeing any of that.

You’re probably sick of hearing it and seeing it in your game lobbies, but Jett is still queen of the meta. With her knives, eco games are not a problem and with her mobility, it’s easy to see why she’s been a top-tier agent for so long. Lucky for SEA, though, as SEA Jett mains are aplenty and they certainly know their stuff.

Other agents in the current meta are initiators Sova and Skye, sentinel Killjoy and smokers Viper and Astra. Again, SEA fans rejoice because many players in all three SEA teams main them! (SEA players really know the meta well, huh?)

Facing the best of the best, SEA teams of Valorant Champions 2021 are in for the fight of their lives. However, they have proven themselves to be on an equal playing field with the likes of superstars like Team Envy, Sentinels and Gambit Esports, their participation in this tournament being solid proof. We have full faith that X10 CRIT, Team Secret and FULL SENSE will do us proud, and no matter the result, they are all winners in our eyes.