ultiasia
Home MLBB Moonton: Trash talk in MPL ain’t all that bad… but partnerships are... 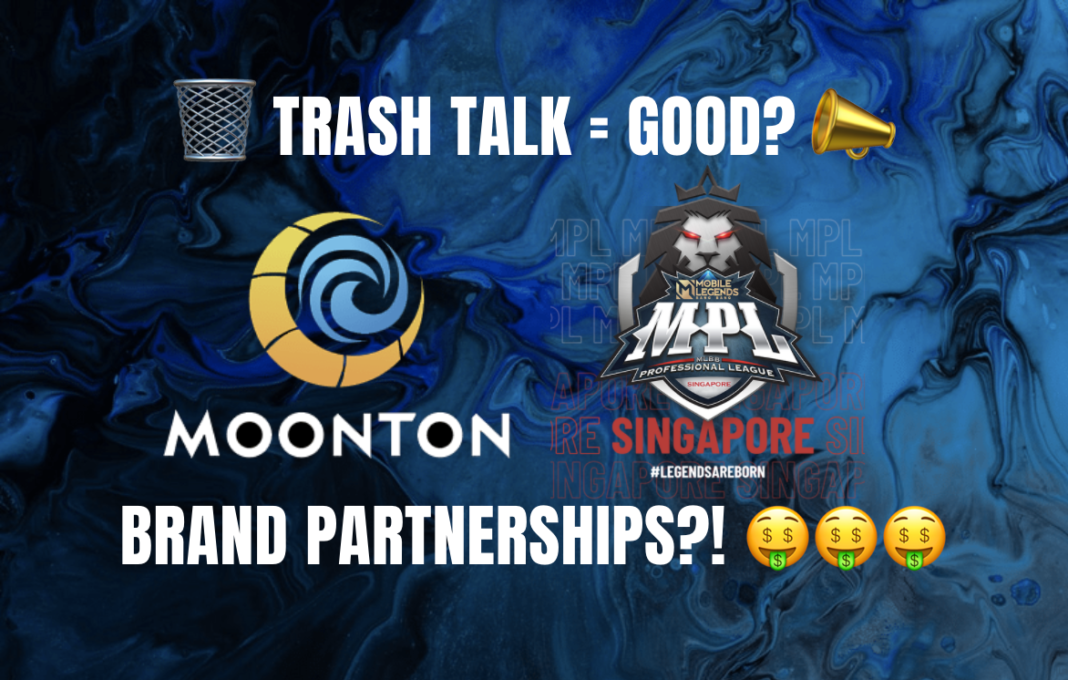 Not everyone likes trash talk, but Moonton believes it is natural and also a legit motivator — as long as it is managed well and doesn’t cross the lines of topics like racism and sexism.

When it comes to trash-talking about gameplay, though, it’s every player for themselves.

The MPL is a top drawer competition in Southeast Asia. At their peak, MPL Indonesia and MPL Philippines see hundreds of thousands tuning in to watch the region’s best duke it out. Moonton wants the same for Singapore and Malaysia.

“We’re putting a lot of resources in MPL SG and MPL MY to grow the esports ecosystem in the country,” the 29-year-old revealed to Ulti in an exclusive interview. “We want to keep supplying the type of content that our audience actually wants.”

But Moonton worried about a potential plunge in viewership rate for MPL SG after its separation from MPL MY, due to the former’s smaller population. Its solution? Using social media and live broadcasting to create more visibility and support for participating teams.

One such platform is TikTok, where teams are encouraged to upload gaming videos for people to interact with. This not only helps them to reach MLBB fans, but a mass audience as well.

Unfortunately, many Singaporeans are still not too hot on the idea of professional gaming, admitted Fikri. He added that Moonton soon discovered that brand partnerships could be key to convincing the public how big esports can really be.

In order to tap into its target audience’s sub-interests, Moonton has partnered up with companies such as food & beverage company H-TWO-O, gaming chair manufacturer Secret Lab and credit card Frank by OCBC — even going as far as having debit cards printed with MPL designs.

“That is how we overcome (the challenges) to ensure that MPL SG has the visibility and the reach that it deserves because the teams that are playing in Singapore are really, really good,” he said.

On top of social media accounts and brand partnerships, Moonton is also focused on developing MPL SG and MPL MY into franchise leagues. It is all part of a grand plan to bring more stability for the local esports system in both countries.

When asked about how Moonton hopes to achieve this long-term goal, Fikri said: “I think generally for an ecosystem to (level up), everyone in the ecosystem has to work together…there’s a lot more content, a lot more things coming up for MLBB here for our fans.”

From earning $500 a month to world-renowned LoL coach