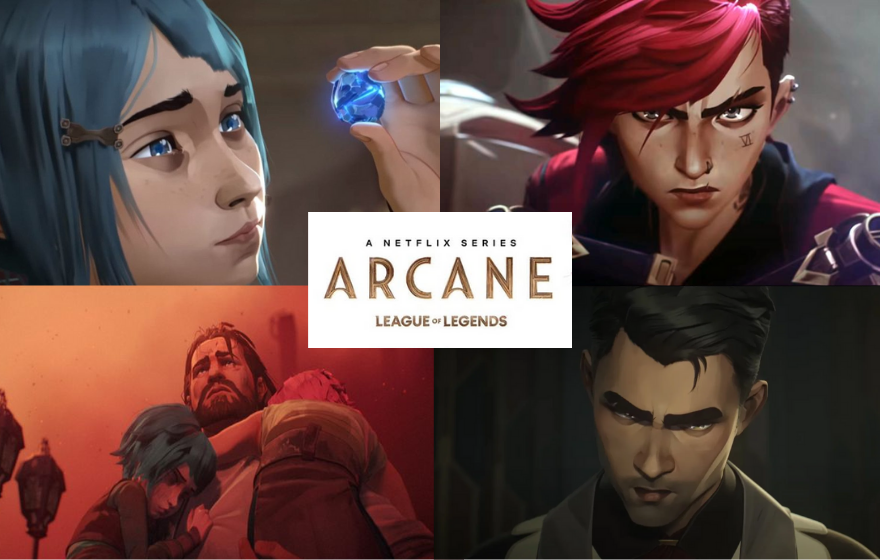 Well folks, it seems like the curse of horrible book or video game spin-offs has been lifted…because Netflix’s own Arcane is a hit.

That must explain why fans haven’t heard of an animated series from Riot Games in years, right? Right? We’re here to tell you that the developers did a fantastic job bringing the League of Legends story to life.

The series is broken up into 3 acts, and if the first act is any indication of how the rest of the series will fare, it’s safe to say we’re in for one hell of a ride.

Given that the League of Legends universe is set in a mashup of fantasy, sci-fi and fictional settings, it’s not likely you get to see a story about a political war unfolding between two very different cities.

The best part about this nine-episode series isn’t the characters, the graphics or the timeliness of it all; it’s the fact that you don’t have to know anything about League to get into it.

For instance, Vi is one of League of Legends’ older characters. Arcane serves as a good chance for fans to learn more about her origin story and an introduction for the newcomers too.

League’s very own badass shows off her soft side in the series. Not only does she punch hard with her fists, she also touches our hearts through her interactions with her sister, Powder.

Based on the trailer alone, we were all looking forward to magic and action, and that’s what we got. Jayce Talis, Piltover’s resident inventor, stands trial for trying to fabricate magic through illegal means.

We’re not sure what the series has in store for this character, but we can’t wait to find out.

Overall, it helps that Arcane’s story is relatively straightforward. There’s isn’t anything revolutionary, but enough to keep you on the edge of your seat while your mind runs through hundreds of possible outcomes each time.

This stylish and exciting series really has everything going for it. Every scene opens like uncovering a new painting as a showcase.

Showing teasers of familiar faces like Caitlyn, Ekko and Heimerdinger and new characters like Vander, Mel and Mylo is also another one of the developers’ clever tricks to reel their audience in.

If it isn’t clear by now, we see this unlikely triumph of a series as something for everyone to enjoy. We’re sure that the already highly acclaimed series will open lots of doors for League of Legends in the near future.

And now, the wait for Act 2 begins. Oh, the misery.