ultiasia
Home MLBB The MPL Invitational 2021 was brutal… but not for champs ONIC ID!... 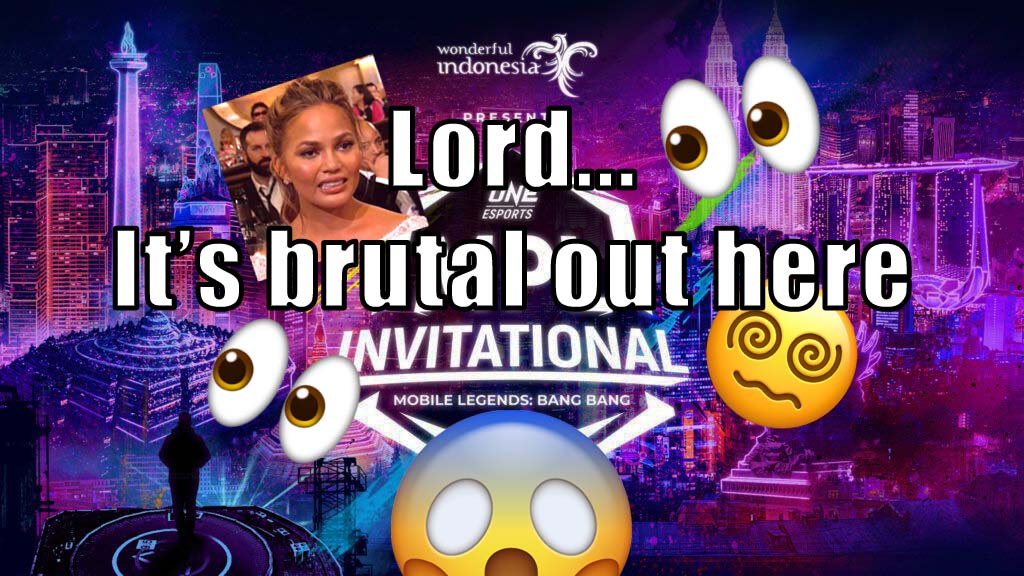 The Singapore-held ONE Esports MPL Invitational 2021 finally came to a close last Sunday. Twenty Southeast Asian (SEA) teams, from Indonesia, Malaysia, Singapore, Philippines and Cambodia, duked it out for the championship title and prize money. For Mobile Legends fans, it was a sight to behold.

The end result? ONIC ID came out on top! What a way for Nicky “Kiboy” Fernando to celebrate his birthday! They’ve no doubt made their Indo fans proud.

This, with their MPL ID S8 win, can only mean great things to come as they head to their next stop – the M3 World Championships. In a winner interview, when asked how confident they are for M3, Butsss nonchalantly said, “100 per cent,”. Although, I can’t say the same for other teams.

But win or lose, this edition serves to prove SEA’s mighty prowess in Esports. So let’s look back on the highlights of the action-packed week:

It was anything but a slow start in the group stages. The three days were filled to the brim with kills and surprises.

On Day 2, it was a battle of RSG divisions – Singapore VS Philippines. Somehow, John Cedrix “Demonkite” Caranto, of RSG Philippines fame, made this Day Two match-up more electrifying.

Demonkite, with assists from RSG PH, easily cleared out four RSG SG players, getting Maniac status. RSG PH went on to win 2-0. RSG SG, who qualified for the M3 Worlds, leave with a disappointing showing and hopefully, a new game plan.

Day Three ended dishearteningly for Cambodia. Their own See You Soon played well but lost 0-2 to Bigetron Alpha. Luckily, the MPL KH S1 champions have a shot at redemption with M3 Worlds.

Moving to the Quarterfinals of Day Four, everything was in full steam. Surprisingly, two of the four regional champions – EVOS SG and Team SMG – lost their matches. If I were them, I’d be worried and start planning extra bootcamps.

EVOS SG were pummeled in a 0-2 loss against Indonesia’s Alter Ego. Eldin “Celiboy” Rahadian Putra flexed his strength as he one-shots a EVOS player.

Similarly for Team SMG, they lost 0-2 to RRQ Hoshi. In the first game, RRQ’s Albert “Alberttt” Neilsen Iskandar attained Maniac status as the team wiped out SMG, taking the victory. This is also where Malaysia and Singapore bowed out of the competition, leaving Indonesia and the Philippines to face off.

The semi finals started off tense. Philippines’ Blacklist International and Indonesia’s RRQ Hoshi were equally matched, taking a game each and forcing a match point. Game 3 was a drawn-out 23-minutes – clearly neither were backing down.

But late in the game, something clicked in Blacklist and they kicked it in full gear. Surging RRQ’s base, Blacklist demolished them.

ONIC ID, in comparison, seemed to have an easier time. Adriand “Drian” Larsen Wong blocked Alter’s Celiboy from killing ONIC’s Lord, sending him away with nearly a quarter health. Proving it was no fluke, ONIC ID swarmed Alter Ego’s base and took the win in Game 2.

With that, it was the Grand Finals – Philippines’ Blacklist International VS Indonesia’s ONIC! From the get-go, it was bound to be a thrilling clash of titans. Less than two minutes into Game 1, we see what happens when an immovable object meets with an unstoppable force. The team exchanged kills but ONIC got the upper hand in the end.

But Blacklist returned the favour as they crushed all of ONIC ID’s turrets – without losing any of theirs. Eventually, Blacklist took Game 1.

It was too early to celebrate though. Little did they know they had lit a fire in ONIC ID. Once was apparently enough as ONIC ID became unrelenting from then on. They took Game 2 easily while, in Game 3, ONIC took three kills for the price of none.

Just like that, ONIC had brought it to match point. It was now-or-never for Blacklist and they put up a hell of a fight.

With a prior wipe out, ONIC was primed to steal another victory but Blacklist’s Edward “Edward” Jay Dapadap might have pulled the defence of the year. He slayed Gilang “SANZ” and Kiboy while in the presence of a Lord. He bought enough time for his teammates to join the fight.

Lightning doesn’t strike twice though as ONIC came back again and sealed the victory. They were the champions. ONIC ID thanked their Indonesian fans for their support and prayers.

They’re no doubt celebrating their winning streak. Can they replicate another winning run at M3? Will Blacklist International get their revenge there?

Whatever their future brings, we send out a hearty congratulations to ONIC ID. Well done, guys!

To the rest of the teams, you’ll get ’em next time.