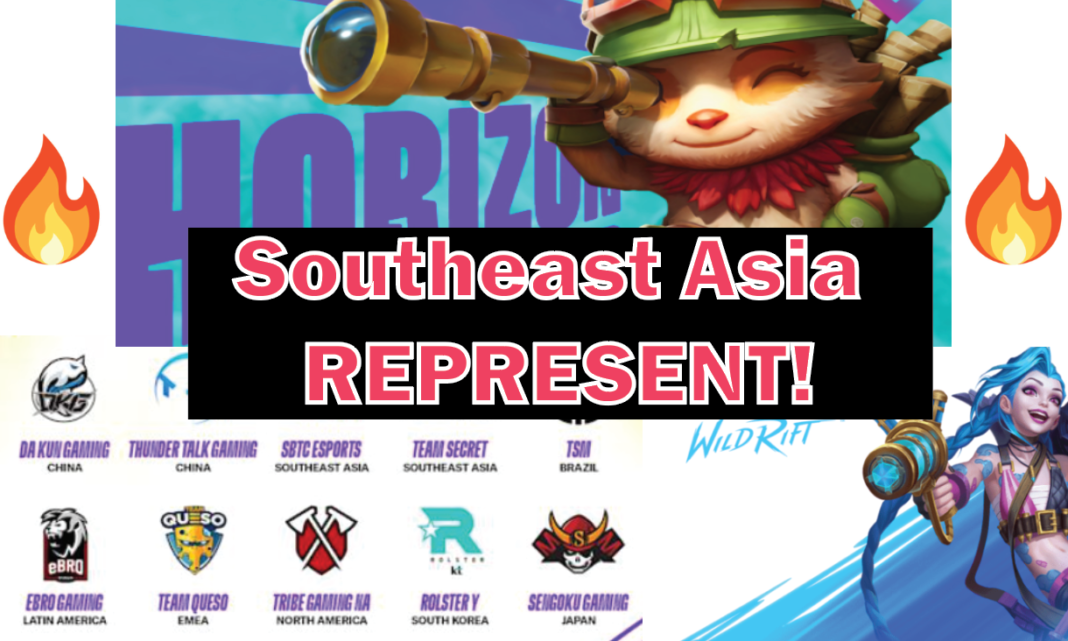 The Horizon Cup is on the horizon. While I let that pun sink in a bit, it doesn’t detract from the fact that 10 of the best esports teams from across the globe will battle it out for supremacy at the Suntec Convention and Exhibition Centre in Singapore from Nov 13-21. While this isn’t Wild Rift Worlds per se, it gets pretty darn close to one.

The Groups are SPICY

Groups have been drawn, and at first glance, Group A is looking deadly. With only three teams allowed to progress to the next stage of the tournament, the odds do not favour Brazil’s TSM and North America’s Tribe Gaming.

Prime bangers are going to be any match between the three horses still in the race in Group A. Expect to see top-tier mechanics and macro play be translated onto the mobile screen as KT Rolster, SBTC Esports and Da Kun Gaming duke it out for the coveted first seed that will land them immediate progression to the semi-finals.

As for Group B, apart from ThunderTalk Gaming and Team Secret, expect wet noodle fights between the remaining three teams for the third and final slot. While we don’t encourage betting on our site, we’d probably bet all our Twitch points into Sengoku Gaming as the 3rd seed of Group B. Just for a little bit more Asian pride.

After catching some of the Chinese and Korean VODs for qualifiers, we have to say that while SEA teams still have the edge in mechanical gameplay, it might not be enough to outweigh the benefits of great cross-map strategies.

Thankfully for SEA, a smaller map compared to Summoner’s Rift will only work to their advantage. After all, it’s in the SEA nature to want to brawl. A glance at a competing mobile game would tell you this much.

As the first international Wild Rift tournament, it is hard to pick a favourite team, but if anything, us at Ulti.Asia will be supporting Vietnam’s SBTC and the Philippines’ Team Secret all the way.

Think the life of an esports professional is easy? Think again, says Dota 2...

Being called a bitch: What female gamers go through in esports

Moonton: Trash talk in MPL ain’t all that bad… but partnerships are the MVP