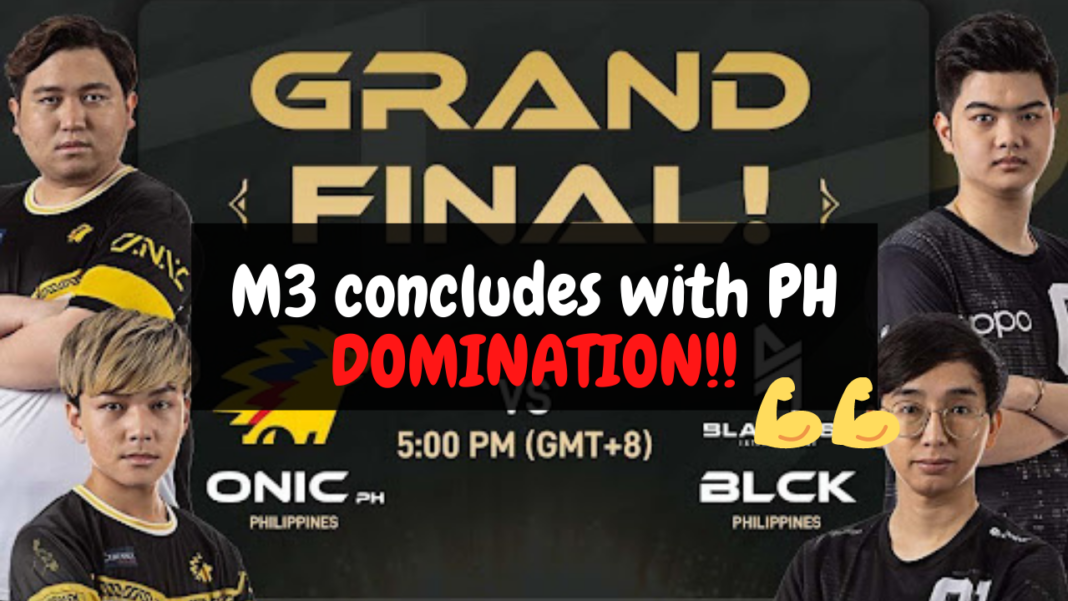 At last, true esports once again took centrestage at the M3 World Championships where some good, pure gaming between two Filipino teams aptly rounded off two weeks of intense, at times over-the-top action.

Some of the world’s top MLBB teams and minions were not the only casualties in Singapore during the tournament. Instagram accounts of some teams were also temporarily taken down after “digital attacks” by fans of rival teams.

So when it came to the final few match-ups, it was refreshing to see none of the earlier-round shenanigans taking place.

There is no question about it. The representatives from MPL PH were the best teams in the tournament. The MPL PH Runner Up, ONIC PH, only dropped a single game during the Group Stage before steamrolling it to the Grand Finals.

Meanwhile, while it was an absolute surprise that they even fell to a North American squad of BloodThirstyKings (BTK) 2-3, Blacklist International (BLCK) regrouped in the lower brackets before climbing back up to meet their fellow PH brethren. But not before beating BTK in the penultimate grudge match 3-1.

While ONIC PH may have scored a game against BLCK back in the MPL PH Finals, this time BLCK wouldn’t even give them that satisfaction. With ONIC PH throwing everything but the kitchen sink at BLCK, they were not fazed. Through sheer mechanical outplays and great outdrafts, BLCK took the clean 4-0 against ONIC PH.

The Finals MVP Kiel “OHEB'” Calvin Q took home a whopping USD$10,000 and even announced his Championship Skin: “I want to choose Estes because it’s been the trademark of Blacklist International since Season 7!”

Pride of the Philippines

Coach Kristoffer Ed “BON CHAN” Ricaplaza proclaimed during the interview: “We are thinking of our fellow countrymen affected by the typhoon. A portion of our prize will be donated to them.”

It looks like despite their ups and downs this year; Philippines have a lot to celebrate when both their representatives return home for the holidays.

The Mobile Legends Esports journey will continue in 2022.

Meme Monday: Oh no, our game… It leaked!