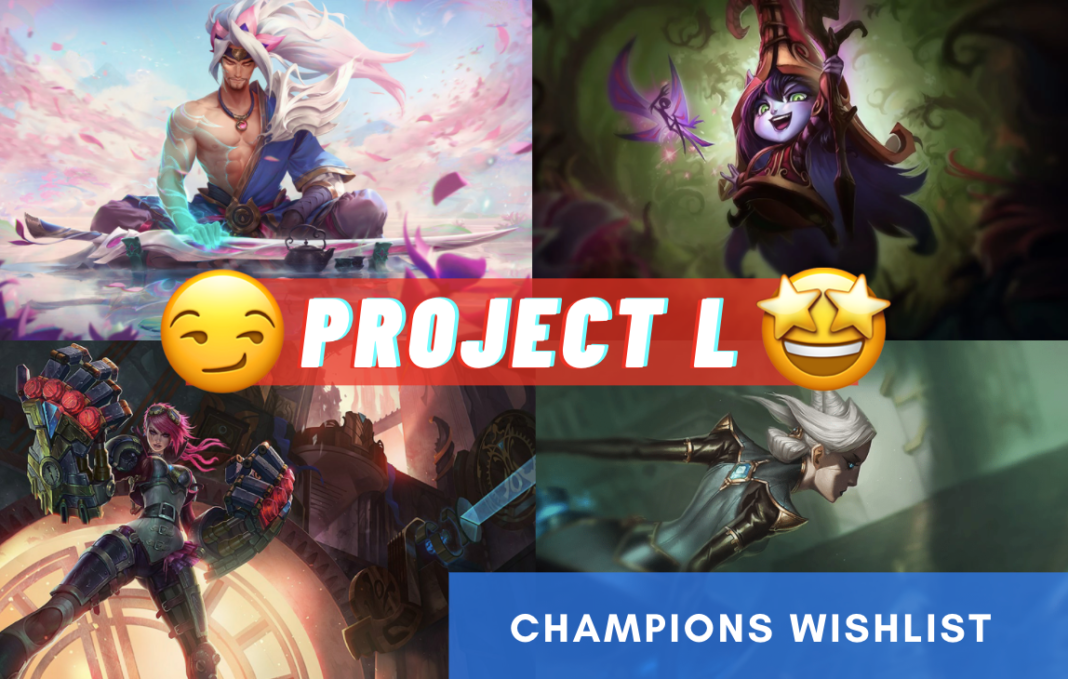 Christmas is around the corner, but that isn’t the only wishlist we have in mind.

Riot’s newest game ‘Project L’ is set to release in 2023, and its concept is heavily reliant on the Champions to provide diversity to the League of Legends world. Although some characters like Ahri, Darius and Ekko have already been confirmed, we decided to speed things up by making a Champions wishlist of our own.

Having gained (even more) traction since the release of Arcane, Project L without Vi wouldn’t be the same. This hotheaded Piltover Enforcer is ideal for Riot’s new game, simply because she loves punching people. We can’t fault her though — her aggressiveness is only paired with her unique skillset and even more distinctive hextech gauntlets. Developed well, Project L will be able to bring Vi’s powers to their maximum potential.

They say losing one of your senses heightens the rest. This principled fighter is the epitome of that. The Blind Monk Lee Sin is, without a doubt, one of the best (if not the best) fighters in League, which is why he would be a perfect fit for a fighting game like Project L. Lee Sin’s combination of burning fists, roundhouse kicks and shielding techniques paves the way for him to be the primary fighter on the field.

‘Forgive and forget,’ they always say. For this Unforgiven Champion, however, the saying doesn’t apply. No fighting game will be complete without the incorporation of Yasuo’s skills to level the playing field. Although a lot of his powers are reliant on the presence of minions, it’s possible to make minor tweaks such that he still achieves maximum efficiency when deployed. We’d love to see him be a part of Project L either way!

“Appreciate the little things,” people always say. We’re here to tell you that whoever told you that is indeed, very wise. Though small, Lulu definitely packs a punch. On top of projectiles and volatile traps, this Champion’s size makes her harder to hit — giving her an obvious advantage in battle. Talk about being fun-size!

The Steel Shadow isn’t a force to be reckoned with. Much like our favourite web-slinger Spier-Man, Camille has an array of cool movement options that stem from her many abilities. Similar to Vi, this Champion embodies the word ‘aggression’. That is, in the early stages of League. However, we believe Camille has much more to offer in Project L — such as her Precision Protocol, Tactical Sweep and Hextech Ultimatum. Sloppy? Shame on you.

M3 Concludes with PH-Showdown. No Instagram accounts were lost.