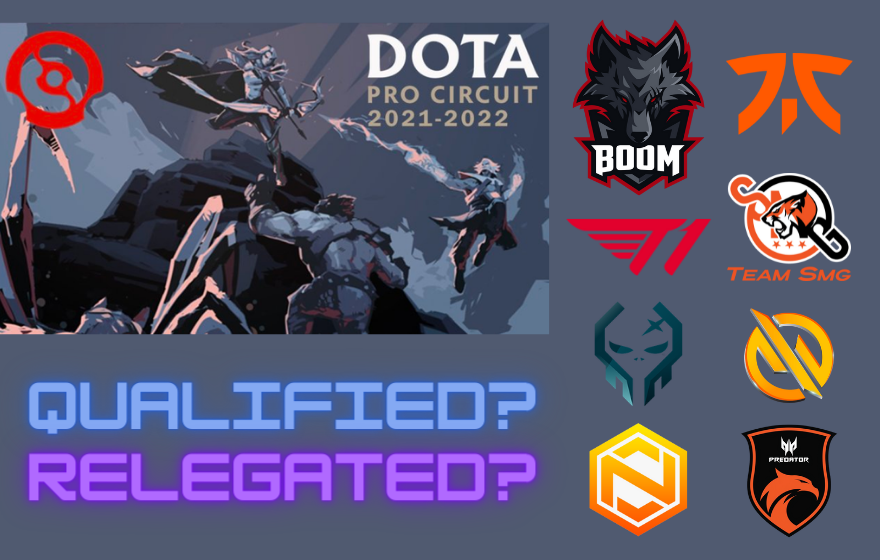 While Valve’s decision to void the entire first season of the DPC overshadowed the proceedings, it didn’t blunt what has been a season of surprises.

Fnatic, T1 and Team SMG were tied in second place while Execration, Motivate.Trust Gaming and Neon Esports were tied in fifth in the first season of the year. The teams will enter second-fourth place and fifth-seventh place tiebreakers this Saturday, January 23.

The teams would have qualified for the first Major in February 2022, but Valve’s decision to move the DPC points to the second and third Majors meant these teams’ efforts were in vain. Sucks to be them.

BOOM Esports’ triumph came as a surprise, with the team practically cruising through the entire season by a wide margin of 6-1.

One of the reasons BOOM Esports fared so well this time is because of their new coach, Malaysian Dota 2 player, Chai “Mushi” Yee Fung. Mushi began coaching the team on 28 October 2021, his new style bringing a fresh outlook to the team.

On top of this, BOOM Esports had a refresh of its team in the latter half of 2021. Their current roster consists of the following players:

All players, except Fbz, hail from the Philippines and were signed to the team last September. As such, BOOM Esports did not qualify for TI. The team’s smart drafting and aggressive gameplay, revolving around a keen insight into the opposition’s strategy helped them dominate.

T1 disappointed this season after showing such a strong performance in TI. The team had remained the same after TI and fans were expecting the team to steamroll the opposition.

They started out as such but fell to a loss against Neon Esports in Week 4. There was certainly a hint of complacency after losing. Fans noted the players’ arrogance – with Karl trolling Neon, only to lose soon after.

But the top dog made it up soon after, with a comeback against Boom Esports Week 5 with a final score of 2-0. This was BOOM Esports’ first loss in their last 21 series.

Hopefully, T1’s performance in the DPC will serve as a wake-up call, because it’s not over yet. With the possibility of Valve letting players compete via a LAN, T1 still has a chance to showcase the skills they’re known for and take back their championship title.

Who will be relegated?

At the end of the Division I Tour, the bottom two teams will be relegated to Division II in Season 2. One of which is TNC Predator, which placed last with a score of 1-6.

While this may come as a shock to some because TNC Predator is one of the veteran teams in Dota 2 history, their loss is understandable because of the new team they competed with.

Former player Armel Paul “Armel” Tabio now plays for Fnatic, while Tims plays for BOOM Esports. Seemingly, the gamble that TNC Predator took on its players did not seem to pay off this time.