ultiasia
Home Dota2 Quincy Crew in TI: “Anything can happen, it’s all about keeping our... 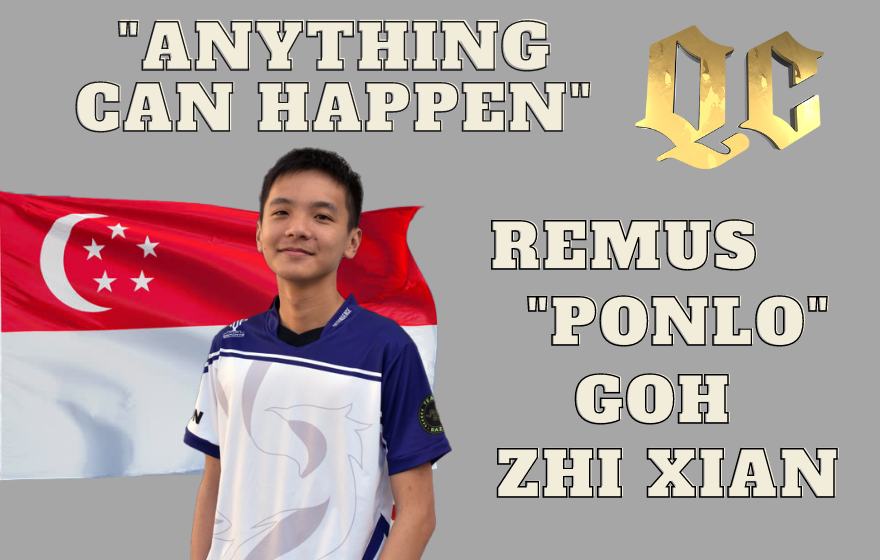 Unlike previous years, there are no Open Qualifiers for this year’s TI 2022 — an attempt to prevent qualification shortcuts. Instead, Regional Leagues will have their own Open Qualifier tournaments.

Once all three Tours in the DPC Season are complete, the top 12 teams with high numbers of DPC points are guaranteed spots at TI11. Teams without guaranteed spots will compete in the Regional Qualifiers to enter TI.

Among the teams taking a stab at qualifying for TI11 via the current DPC season is Quincy Crew.

Playing with a relatively new roster, with all players having joined on 4 November 2021, the team seems to have quite the promising outlook, already securing a spot in the first DPC Major of the new Dota 2 year.

If Valve decides to go ahead with the games via a LAN, we can expect to see Quincy Crew faring relatively well.

Remus “Ponlo” Goh Zhi Xian, a Singaporean esports athlete, plays for the team as their Position 5. Ponlo has been playing the game for as long as he can remember.

“I started playing [Dota] around 2007, I was about 7 or 8 years old,“ he said, eventually moving on to play Dota 2. What started from sharing a computer with his older brother quickly turned into a hobby and passion.

Obtaining a spot as a member of Quincy Crew has helped Ponlo grow as a player. When asked how he got contracted, he simply said, “Being 10,000 helped a lot in finding a team in shuffle season, as there aren’t too many high Matchmaking Ranking (MMR) POS5 players.”

However, behind all the glitz and the glamour is a day full of hard work. The guys of Quincy Crew spend almost every day in a routine-like manner. It’s just “Eat, sleep, Dota, repeat”.

Ponlo also feels that the pub scene in North America (NA) isn’t as top-notch as SEA. Though perceptions range from person to person, he feels that a lot of players who have an MMR of at least 8,000 look at pro-Dota as a feasible career.

This makes it “so they’re always trying hard and behaving themselves”, whereas players who rank 200-500 in NA play for fun and react negatively when “pros or better players chide them about something”.

However, if you’re wondering whether or not Ponlo has any regrets signing to the Quincy Crew, he’s here to assure you that he doesn’t.

“Shoutout to my team, I love the guys, and (​​Jack “KBBQ” Chen) as well. They believe in me more than I believe in myself sometimes, and I just wish the best for everyone, even after this team. They are great guys,” he added in an exclusive interview.

Evidently enough, the chemistry among the players of Quincy Crew has had a major role in helping the team do so well in their tournaments. Ponlo attributes their success to the fact that “everyone is very willing to be a good teammate”, and that’s all any one of them can wish for.

Speaking of the DPC and upcoming TI11, Ulti.Asia spoke to Ponlo about how he feels in light of Valve’s recent decision to cancel the first DPC Major of 2022.

While he tries hard to stay away from the drama of it all, the Singaporean player had this to say: “I’m not very well versed with these things, but in my humble opinion, I feel like their initial solution or lack-of didn’t respect all the players pouring their hearts out in the DPC league.”

Ponlo then went on to talk about what Valve could and should have done, with their final decision making it seem like “they couldn’t be bothered”.

Despite it all, you can still expect Quincy Crew to try their hardest — Major or not.

“(TI11) is still quite a ways away,” said Ponlo. “Between us, Team Undying and EG, it’s going to be all about who makes the most progress. Honestly, any of the Division I teams could compete for top two (in six months’ time). Anything can happen, it’s all about keeping our head down and working hard on ourselves.”

All in all, it is obvious that Ponlo enjoys his time as part of Quincy Crew. Whether or not he’ll be with the team for many years to come is still uncertain, but you can expect this player to give it his all no matter where he plays from and who he plays for.

He thanks his fans, family and friends for all the success that has been pouring in lately — and we think it’s pretty wholesome.

“To the small group of Quincy fans and the people who bought our XD pack, thank you all so much for the support. Every bit of it is appreciated and used well, given our org-less situation. Oh and my SEA boys, I miss you all. Hope I can do you guys proud.”

Things are heating up between Microsoft, Nvidia and Stadia