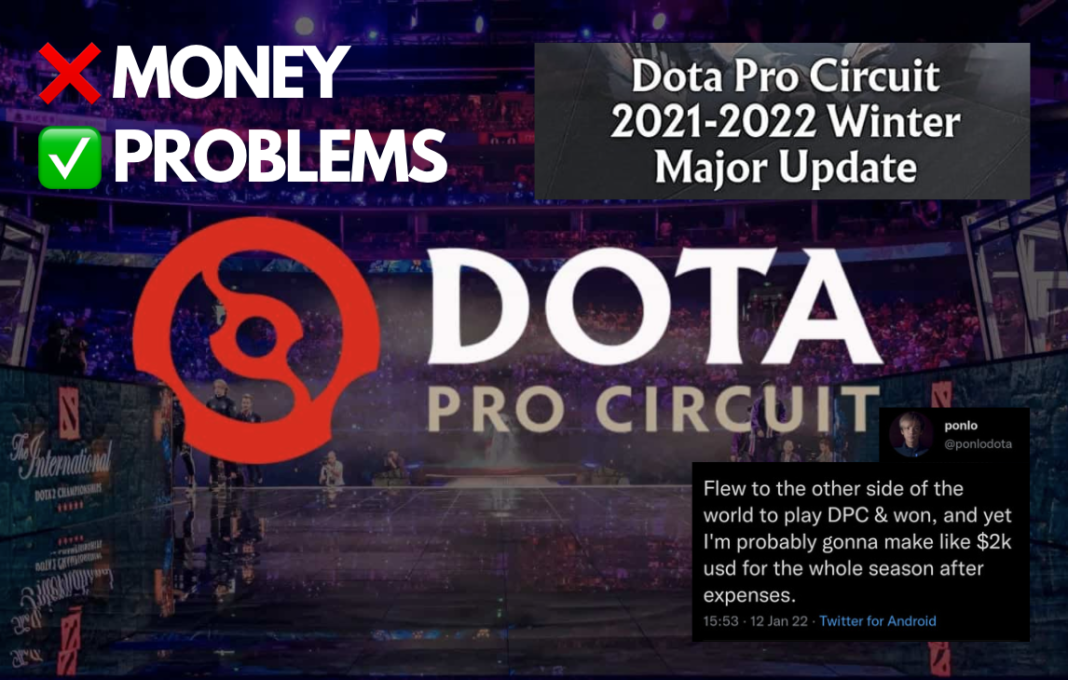 After two years of the pandemic, we are already used to the disruptions that happen on a weekly basis. It’s like the cha-cha — two steps forward, one step back — when it comes to rules and regulations.

After so long, you would think big organisations have plans to deal with the disruptions.

For Valve, they seem to be dancing to their own tune. Just yesterday, the software company said that they are moving to cancel the first Major of the Dota 2 professional circuit.

Majors are the equivalent of Dota’s Grand Slam. There are supposed to be three this year and they are one of the main ways for pro teams to earn some decent money to support themselves.

With the cancellation, we will now just have two Majors left, leading up to The International at the end of the year.

The cancellation is a major blow to the esport. For one thing, it sustains interest in the game at the highest level. Fans watch these majors with tremendous anticipation.

Second, and more importantly, the money for teams. Pro teams that participate in the Dota Pro Circuit are given funds, the main reason for their participation.

Winners of the DPC — which are broken up into the five regions such as Southeast Asia and Western Europe — get US$30,000. It sounds like a lot until you realise that running a pro team goes into the hundreds of thousands a year.

The top prize for each Major is US$200,000. The difference is huge and it is one reason why teams fight for every game like their lives depend on it — because it does.

Valve said that the decision to cancel the event was because the pandemic made it difficult for teams to travel to one place.

It is also likely that few countries would countenance opening their borders now with Omicron raging.

So while it’s a disappointment, it’s not a surprise. But Valve needs to do better.

For one thing, surely there should be additional compensation for teams who qualified for the Majors. Maybe not the full sum but something to help teams who are perhaps struggling to make ends meet without the benefit of live events.

Money is tight but surely Valve, which is worth an estimated US$10 billion, can afford to distribute some tens of thousands to the teams. Small change but critical cash flow to cash-strapped teams.

Secondly, it’s about fairness. Before yesterday, there were a few outstanding teams that topped their respective leagues. The brilliant and current champions Team Spirit, the powerhouse PSG.LGD are among favourites. But table-toppers Quincy Crew and Boom eSports were not at all fancied.

And with the cancellation, these teams are not only denied money but also the points that would go a long way to qualify them for TI. Valve said that they would redistribute the points from the cancelled Major to the remaining two.

This is just plain unfair. Even if you put money aside, of which there is a paucity, points are up to Valve to distribute. Why did they decide to completely strip the would-be qualifiers of any points?

Were the teams even consulted? Why was the decision made so hastily?

Take Quincy Crew. They were in TI last year but have struggled to find sponsors this year. Having these points to get into TI will go a long way to convince companies they are worth backing.

There will always be unequal power between game owners and the teams playing in the pro leagues. But if esports is to truly go global and be recognised as a proper sport on the pantheon of football, tennis and golf, a lot more needs to be done to address these big gaping issues.

And if Valve, owner of the industry’s most valuable esport game, continues to act in this manner, one wonders if we will ever see the light of day.

Global Esports Games 2021: Here’s who you need to look out for