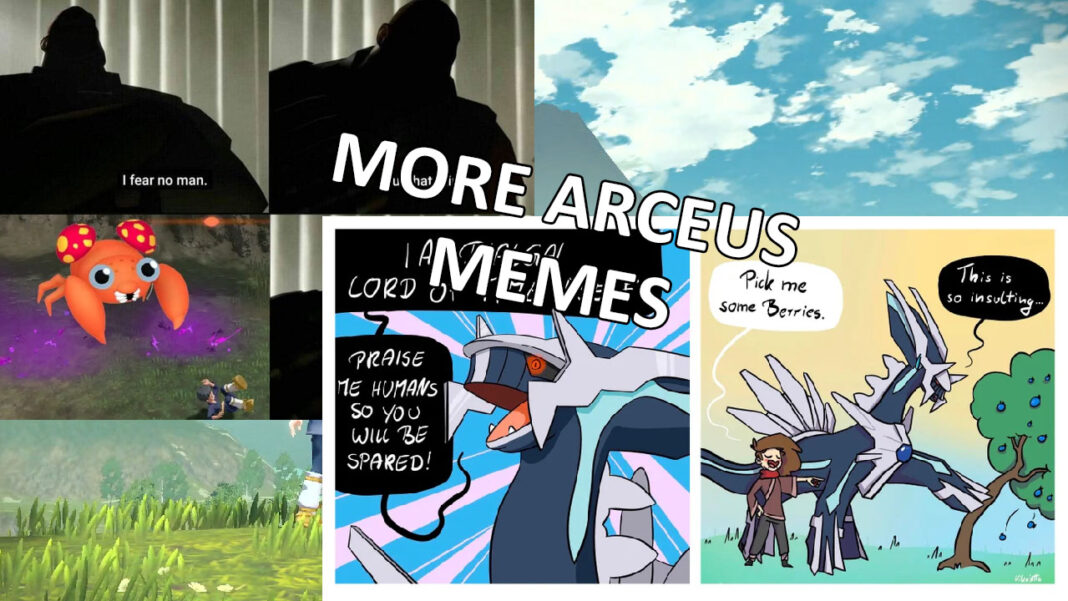 Pokémon Legends: Arceus is out for over 2 weeks already. Most of us have probably completed the game by now. Yes, we’ve done a Meme Monday on Legends Arceus before, but the memes are still rolling in. Be it as a rant against Paras or Snorlax’s Hyper Beams, here are some memes that are sure to make you chuckle.

That thing scares me

But seriously though, why does this thing follow us around like no tomorrow? Doesn’t it know it has every single type weakness known to existence? A single Flying type or Fire type move will wipe it out in an instant.

I have the high ground

No more Hyper Beam from that Alpha Snorlax. Like Anakin, he’s going to get a rude awakening.

How the Turn Tables 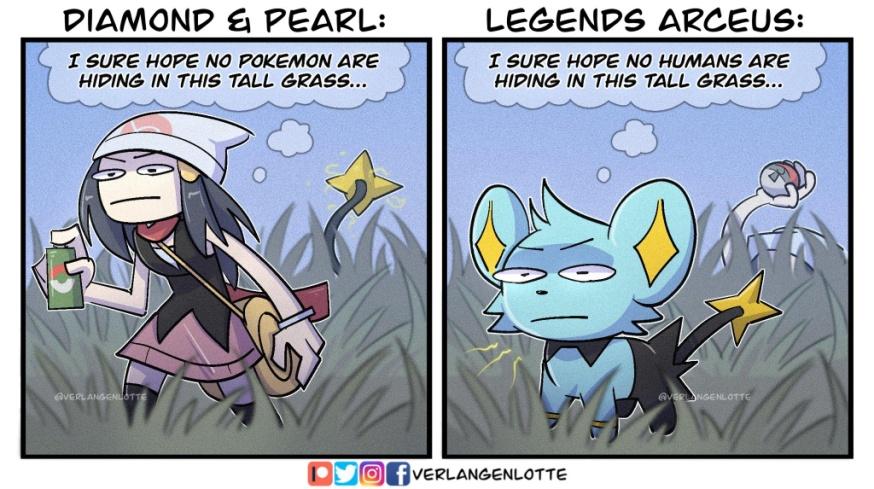 Remember the days when it would be dangerous to wander into tall grass? Unfortunately it seems that in the past Pokémon were the ones who would be afraid of wandering into said grass.

Ah yes, I have the Pokémon that controls time. Be glad I don’t make you grow the berries from scratch.

Trying to complete the Pokédex? I think not.

If you thought catching them all was going to be easy? Here’s a bunch of Pokémon who are sure to make you pull your hair out.

Listen up, Game Freak, here’s what we want (and don’t want) in Pokémon Legends!