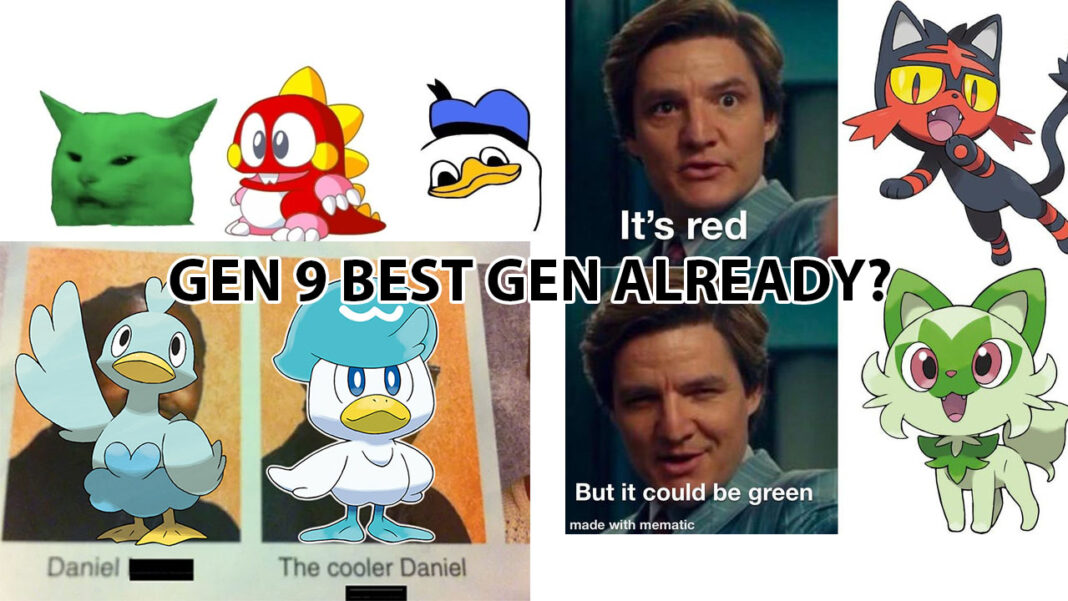 Just last week we got an announcement from the Pokemon Direct regarding the release of a new Generation in Scarlet and Violet. Alongside the announcement was a portrait of all three starters of the new generation. That was more than enough to get the internet into a frenzy. Here are some of our best picks.

Spriggatito is best cat, but green

Many fans are just hoping this cat stays 4-legged when it evolves. Something tells me some monster designers in The Pokemon Company are sweating right now.

Fuecoco is so Ugly

Why wouldn’t you love him. He’s so cute!

Who put this cheese here?

A very elaborate advertisement if I do say so myself.

Though to be fair, I think it would be weird to introduce an electric duck

As can be seen the world is ablaze with memes on the new starters. Let’s just hope the games won’t turn out to be as much of a disappointment as Sword and Shield were.

RSG’s .Lolsie is out to burn other MPL SG players