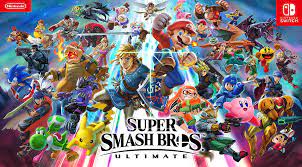 Where Did You Go, Bro? Fan Favourite Super Smashed Out Of EVO 2022

The highly anticipated lineup for EVO 2022 was announced earlier this week. However, one popular game was missing.

After 15 years, fan favourite Super Smash Bros will miss this year’s EVO 2022, a move that will likely send shockwaves through the industry.

EVO said that the decision wasn’t theirs – it was undertaken by the game’s creators and publisher Nintendo. According to its official statement, it said:

“Since 2007, we’ve seen historic Super Smash Bros. moments created at Evo’s events. We are saddened that Nintendo has chosen not to continue that legacy with us this year. In the future, we hope to once again celebrate the Super Smash Bros. community alongside them.”

The biggest name this year is the new King of Fighters 15, which will make its EVO debut having just been released on 14 February 2022. And fans are hyped for it.

Happening on August 5 to 7 in the Mandalay Bay resort in Las Vegas, EVO 2022 will be the first in-person edition of the tournament in two years. Those who can’t catch a flight to the venue can tune in to the entire event from the comfort of their homes on EVO’s official Twitch channel.