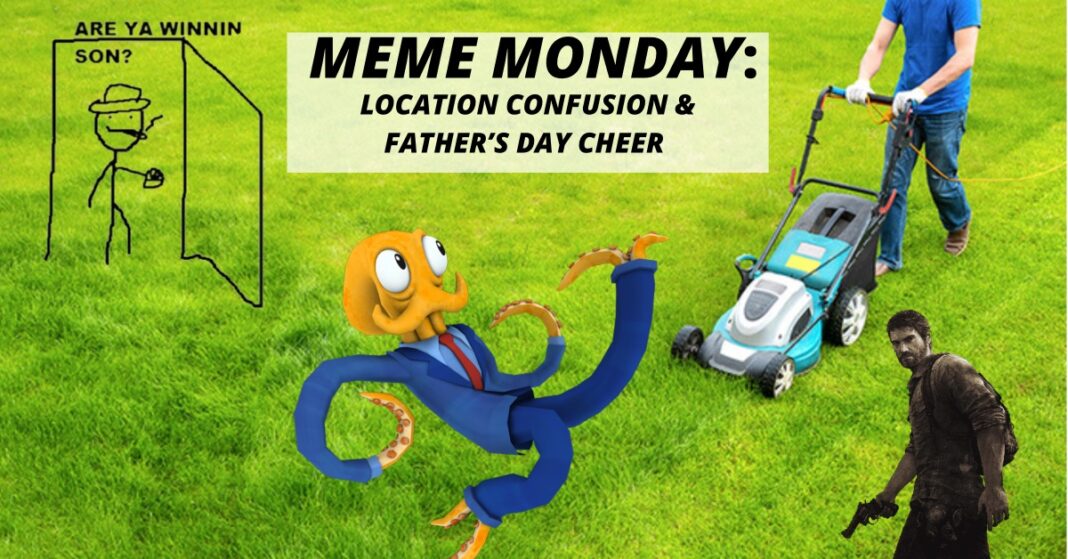 Happy Father’s Day to all fathers! From Joel Miller of The Last of Us to Octodad, here are a few epic memes in your honour!

Armed with dad jokes and the best teammate in the world, this pro gamer is about to win some Chicken Dinner for the family! I guess training to be the best gamer that no one ever was, starts from a young age!

Who knew that the perfect game for fathers existed all along? This hilarious meme pokes fun at our good old dads and their pet peeves about adjusting the temperature. Complement your Father’s Day gift with the latest release of Power Washing Simulator and Newspaper Reading Simulator.

What’s worse than having a toxic and trash teammate? A savage father of course! What better way to compound your misery than to have your dad call out your trashy gaming skills? Just kidding, Love ya Dad!

Taking a break from the craze of Father’s Day memes, we planned a fun adventure to kill Chaos! Or was it to kill Chaos? If you haven’t heard, killing chaos is all the craze in the newest trailer of Stranger of Paradise. It’s almost like developers were afraid that we would forget the objective of the game to… you get the idea!

Wow! Who knew Luigi had to face off against such well-equipped ghosts? A hilarious spin on the Singaporean Tennessee meme, has gamers doing what they do best, memeing the hell out of the incident! Maybe the Pokémart is actually the League of Legends secret shop?

The origin story of Disguised Toast