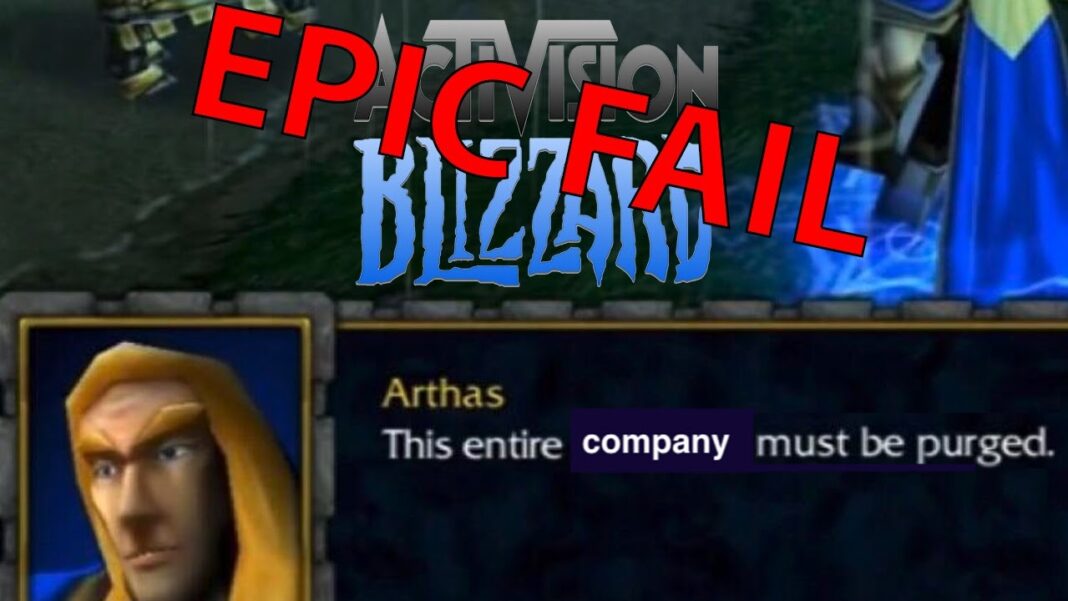 In case you haven’t heard of the sexual harrassment and discrimination lawsuit filed against Activision Blizzard by now, here’s a primer.

Two years worth of investigation has brought about a lawsuit against Activision Blizzard for creating an unsafe work environment for women. According to the lawsuit, female employees are subjected to unequal pay, retaliation, and harassment. Company leadership consistently failed to stop a culture that allegedly encouraged and tolerated sexual banter, jokes about rape, unwanted propositions, and other demeaning behavior.

As the allegations pour in, one thing is for certain: Blizzard isn’t “cube crawling” out of this one. Especially after the toxic “frat boy” culture allegedly drove a female colleague to suicide after her nude pictures were passed around at a company holiday party.

If that wasn’t damning enough, here’s a clip of their own press conference in 2010 where their answers clearly showed just what kind of company they were.

This also brings into question their hypocrisy in cancelling other alleged sexual predators who have not been proven guilty, but Blizzard did not give them a chance to explain or prove otherwise.

ONIC fight their way through RRQ to be crowned MPL ID Champions once again!

RSG’s .Lolsie is out to burn other MPL SG players