ultiasia
Home Games League of Legends “Our next goal is to be world champions!” 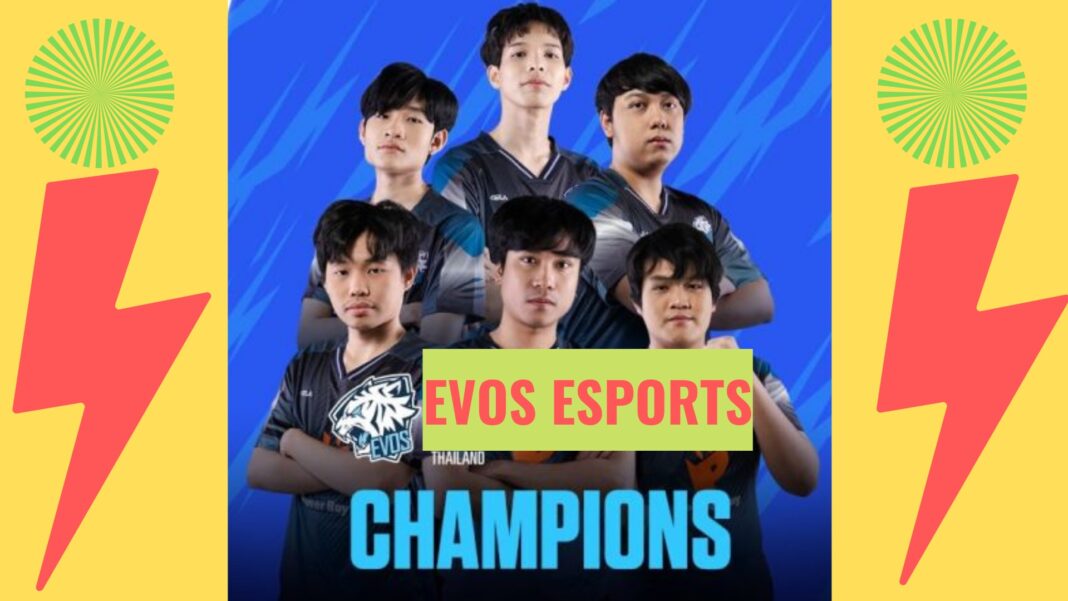 Yet when EVOS Esports TH was drawn to meet Taiwan’s ONE Team in the grand finals of the SEA Icon Series Summer Super Cup last month, they had no clue what to expect.

“We have never played against ONE Team before. We have seen some of their plays from other streams, but they have different styles of play against different kinds of teams. Plus, when they fight as a team, they can be really strong,” said Jirapat “CatSatan” Khawmee in an exclusive interview with Ulti.Asia.

Their concerns were not unfounded. After all, ONE Team got off to a blistering start with a record 4-2 finish to secure second place in Group C and kickstart the playoffs from the Round of 12.

But if there was one advantage that EVOS Esports TH had on their side, it was grit. Pure, steely grit.

“I think the communication in our team is probably one of the best around. We can talk about everything together as a team. We open up our minds to good reasoning from each teammate and our in-game thoughts are always aligned together. That makes us very strong,” said Athip “Thipper” Thungsam.

And boy did it show.

They topped Group A with a 5-1 record to earn a direct seed to the quarterfinals of the single-elimination playoffs. Then, they strolled into the grand finals after thrashing Singapore’s Alliance 3-0 and Vietnam’s SBTC Esports 3-1.

This momentum played a key role as they picked a star-studded line-up comprising Camille, Fiora, Ziggs, Kai’Sa, and Braum to secure victory in under 19 minutes in the grand finals.

But ONE Team refused to back down and fired back with a vengeance to take a  2-1 series lead. In the second game, they completed a win in just 17 minutes with the help of Gragas, Lee Sin, Corki, Ezreal, and Janna. This strategy was repeated in game three as they utilised Corki and Ezreal again. This time, they bolstered the attack by surrounding them with Garen, Jarvan IV, and Rakan to claim victory. With just one more win to claim the prize, they knew they were in pole position for victory.

But against all odds, EVOS Esports fought back. They pieced together a formidable line-up of Olaf, Galio, Ezreal, Janna, and Camille to win game four, forcing the finals to be decided in the fifth round instead.

The decision to replace Camille with Garen proved to be the masterstroke as EVOS Esports’ claimed victory after a 25-minute nail-biting finale.

“There were many memorable moments throughout the tournament but our final match against One Team was unforgettable. The moment I attacked their Dragon in the final minutes, it started to feel like we were champions already” said Jirapat “CatSatan” Khawmee.

Putting Thailand on the world stage

While the victory has helped to underscore the team’s potential, Prasittichai “Valdus” Jiadchat also believes that this win will help put Thailand on the global esports map.

“Going into this competition, we wanted to be the first champions of this tournament series because if a Thai team can get become a champion in an international tournament, then this may help open up the esports market in Thailand,” he said.

Being champions also means that rival teams now understand their gameplay and strategies. While they admit that they will have to go back to the drawing board to hone their tactical nuances, they remain grateful for two key individuals who they consider as the “MVPs” of the tournament — Anusak “Miracle” Manpadung and their team coach Juckkirsts “Lloyd” Kongubon.

“The entire team agrees that Miracle and Coach Lloyd are the real MVPs! Miracle should be  proud because as our team’s main support, he protected us so well. And coach Lloyd has been an amazing mentor, guiding us perfectly in this tournament”, said CatSatan.

As the pandemic continues to rage across the world, online tournaments like the SEA Icon Series Summer Super Cup will remain the norm. But as Thipper rightly points out, this could also mean unfair advantages given the disparity in technology and internet speeds worldwide.

“The internet connection and ping strength vary from region to region and can have an impact on the game’s outcome. So, I hope we can have an offline tournament soon,” he said.

Aside from the bragging rights of being the first Wild Rift regional champions for Southeast Asia, EVOS Esports TH has also snagged the grand prize of US$25,000.

Having achieved the seemingly impossible, Nuttapong “G4” Menkasikan” is certain that the team is poised greater things ahead.

“Our next goal for the team — to be world champions.”

“We have fallen behind everyone else”: Alliance’s Kelly on Singapore esports