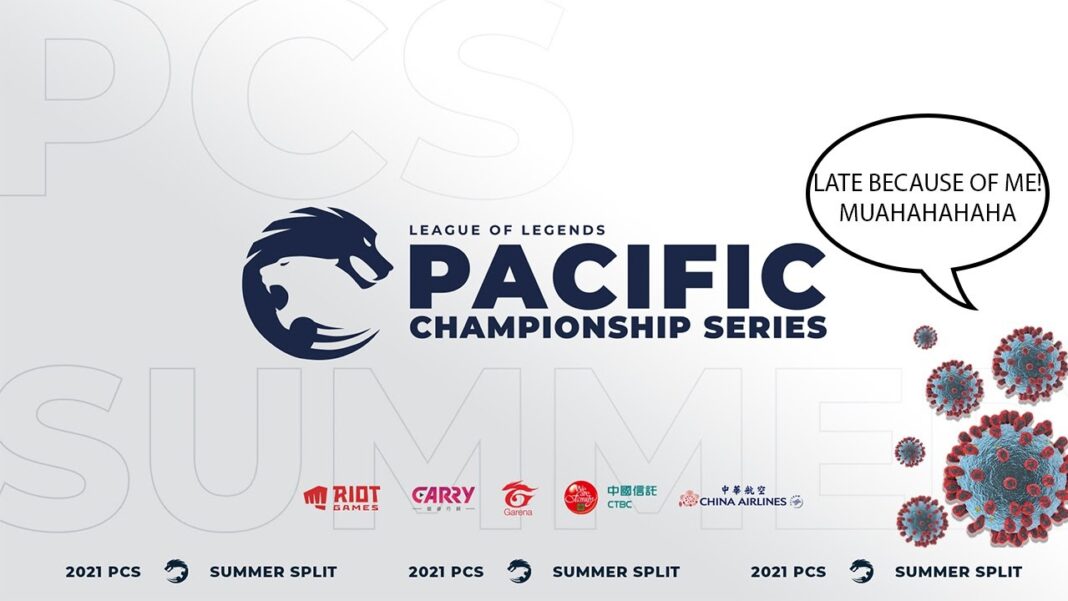 In case you were wondering why several other leagues like the LPL, LCK, LEC and LCS are already past the 4th week of their Summer Split while the 2021 Pacific Championship Series (PCS) has not started yet, here’s why.

Indeed the situation in Taiwan has been dire for the last month or so and it has caused many problems in terms of getting the production of PCS going. Producers and Coordinators worked tirelessly to troubleshoot a solution in order to move things along. Ultimately, many of the esports players were sent to their respective locations outside of Taiwan and quarantined before the tournament can start.

Spring Split champions, PSG Talon sent both Maple and River over to the Hong Kong house while BOOM Esports had Wako, Ruby and PoP move to Thailand. With all the travelling and logistical nightmares now out of the way, the PCS is finally ready to kick off on 9 July 2021.

It is encouraging to see more large-scale non-endemic sponsors enter the esports ecosystem. With the Pandemic still raging, it is thus a pleasant surprise that an Airline is still able to spare the funds to enter the scene.

While the previous PCS Split was pretty much a wash for PSG Talon, there were definitely signs of light from Beyond Gaming (BYG). If MSI 2021 was anything to go by, we can expect great things from BYG’s ADC Doggo, who played exceptionally well even as an emergency substitute for PSG. While we sweat for Unified and his position in the next split, one can only hope that the PCS produces more than just one internationally competent team to send to Worlds 2021 in China later this year.

Keep an eye out for Machi Esports (MCX) as they will try to wrest the title of 2nd place from BYG. If BYG are not careful, the likes of Gemini and Koala just might claim that Worlds Play-in slot for themselves instead.

The rest of the teams in PCS will have to look to surprise in a new meta. While none look like they can contest the best teams from Spring, we will have to wait with bated breath to see them prove us wrong.