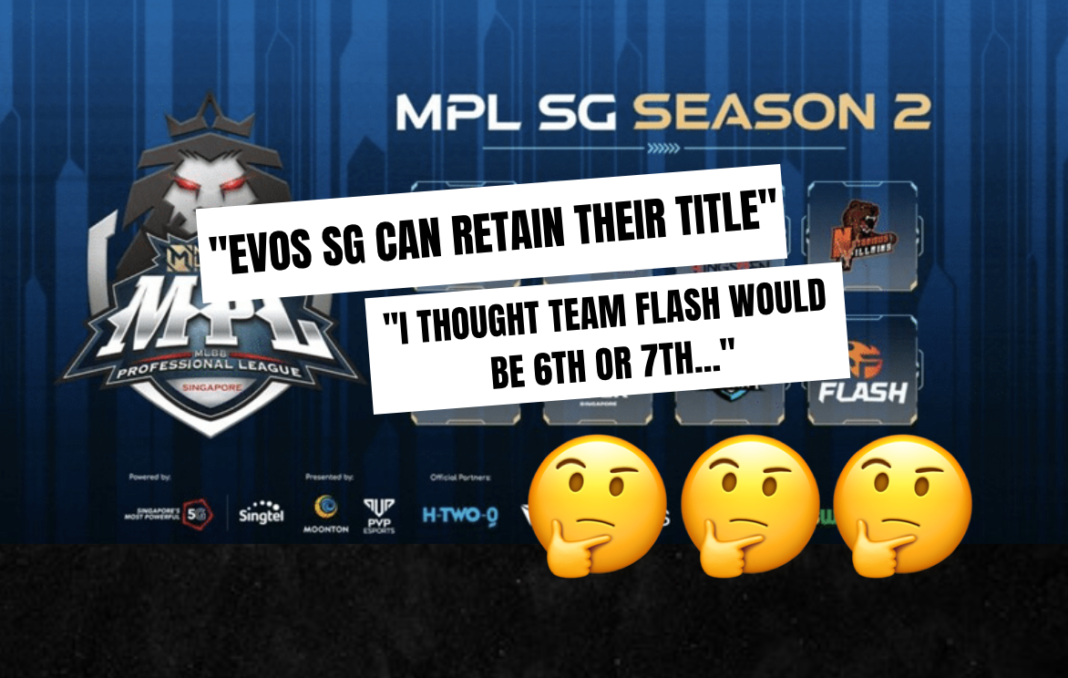 With the Mobile Legends Professional League: Singapore (MPL SG) Playoffs coming up and the final roster amendments closed, we’re all excited to know more about the players representing the different teams.

Among the teams that participated, we were most pumped for EVOS SG — with their new lineup of players since losing Pokemon, Girl, Swoop and Dagger after winning last season.

Despite having new players, EVOS’s Stefan “Soul” Chong, 26, believes that this is the best iteration of the Singapore team and is fairly confident that they can make a run for the winning title again.

Adammir, former team captain of Almghty, is expected to “take up more responsibility in leading the team in-game because he can match the level JPL and Potato are at.”

However, the other new players have to train doubly hard to catch up with the veterans.

This brought up some concerns within EVOS SG’s retaining players, and here’s why.

While they aren’t too concerned about Adammir’s performance, Potato and JPL worry about the younger players and their ability to commit timewise.

“One of our new players, Gear, who plays offlane, is actually 16 and he’s having his ‘O’ Levels right at this period…obviously we only have 5 weekdays to train, and we didn’t train at all this week because we couldn’t fit him into the schedule,” Soul told Ulti.Asia in an exclusive interview.

The GCE ‘O’ Level examination is a subject-based qualification in Singapore, so it is understandable for EVOS SG’s offlaner to focus on that rather than training for the upcoming playoffs.

On top of that, the team has had to move their training online, citing COVID-19 as the biggest factor.

According to Soul, morale and energy levels drop to an all-time low because they can’t connect as well as if they had offline training.

With that being said, Soul’s confidence in EVOS SG rings true within the team members themselves.

EVOS SG believes that they can still make it to the top and that their biggest competitors are the other teams in Week 3’s top 4 rankings: RSG, Team Flash and Impunity.

“I think (Team Flash) did better than I expected…I expected them to fall to the lower 4, maybe 6th or 7th placing at the end of the regular season,” Soul said when asked about how training hours can affect a team’s performance.

Safe to say, the audience can anticipate lots of excitement in the upcoming weeks leading up to the MPL SG playoffs.