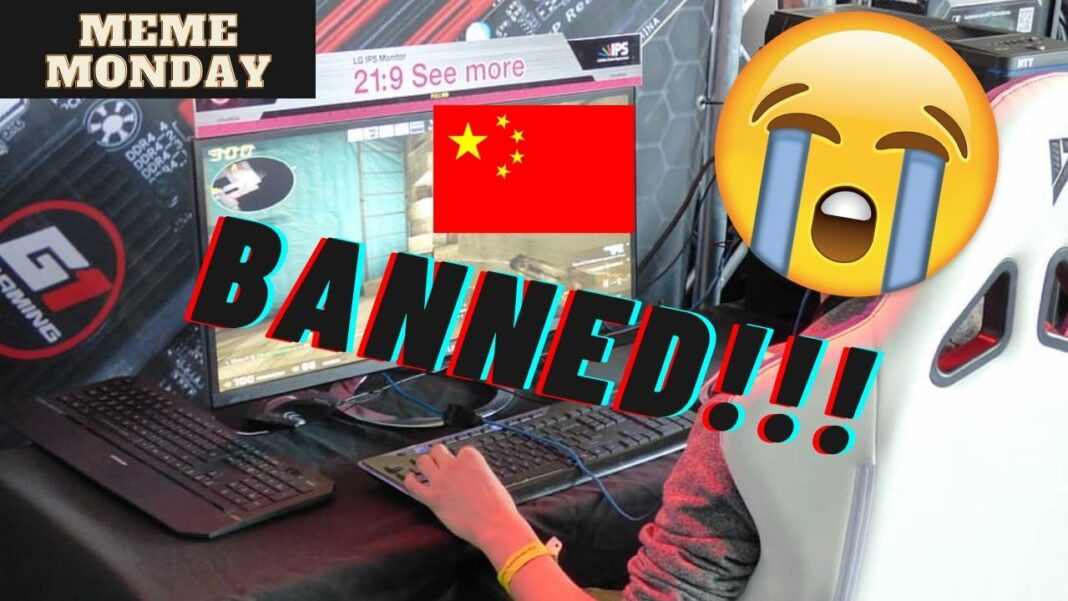 Is this the beginning of the end of Chinese dominance in esports? Perhaps. In late August, China announced that online gamers below 18 will only be allowed to play for an hour on Fridays, weekends and holidays

Many people are happy about it, though. No more keyboard smashing, indecipherable taunts and the sense of dread when a Chinese name appears in the lobby. What a peaceful life – if there was ever one in gaming. And of course you can be sure memes will accompany such bombshell news. Here are some of the best for Meme Monday:

1. Coincidence? I THINK NOT!

These will be the horror stories Chinese gamers tell their future kids. When the week is finally over and they can sit down for a nice PvP session, the servers are *somehow* down. Yes, it’s sus as hell but if you think about it, that is a smart way to launch an “expansion pack” for the gaming crackdown. This is what we call a pro-gamer move.

2. My ego will finally be restored

For those who can’t read Chinese, 你好烂 means “you suck”. Haven’t we all heard that one before? Nope, the absence of Chinese gamers will not instantly improve your rank. It’s just that getting wrecked in Overwatch and Dota 2 will never be the same again without those Chinese insults. What a time to be alive.

Here’s a pro-tip: if you’re losing to a Chinese player, drag the game past 9pm (China time) in order to win. Works every time. And the best part? No one will ever know you won with this new, totally legit strategy and you can boast about how you took down top Chinese players (only when it’s after curfew).

That’s what we all would like to think. But what if that 1-hour time limit instead enhances their skills so much that they can finish us off in 15 minutes? Let’s not put it past them – they certainly can produce some mind blowing moves if they wanted to. We shall enjoy what we can for now.

“NA and EU, send your champions to Southeast Asia, THEY WILL LOSE!”

The world’s biggest MLBB tournament is back. Who should host it?