ultiasia
Home Games Game Awards who? Welcome to the Ulti Awards for the Best MOBAs... 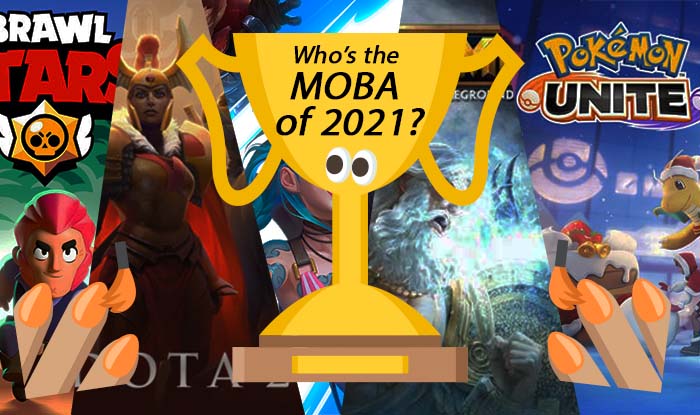 Imagine charging into battle with your favourite main mage. Your teammates take the side lanes while you storm the enemy’s middle turrets. Attacks blast through heaps of minions that give you wealth you can only dream of. Connected with a common goal, you and your team overwhelm enemy defences to steal the victory. For 30 glorious minutes, escapism has never been easier.

MOBAs (multiplayer online battle arena games) are strategy games where teams compete on a battlefield. Over here at Ulti.Asia, we have our favourites so we decided to pull of a Game Awards of our own and showcase our picks for the best MOBAs of 2021:

Ever wanted to be immersed in a MOBA? Smite has got you covered. Despite being almost as old as other staples, Smite isn’t as talked about. The niche game has a unique twist with its third-person perspective and more action-packed gameplay.

Furthermore, you get to battle with literal Gods – from a range of mythologies. The usual suspects – like Thor and Zeus – are available. But Smite features characters from lesser-known mythologies – like Mayan and Hindu myths – in its roster.

Developers push out constant updates and it still attracts a steady cult following over the years. It excels in many aspects but – compared to its contemporaries – it lags a bit. Adding the fact that it has a very toxic and competitive player base, Smite is just shy of greatness.

Unlike Smite, Dota 2 has cemented itself as a titan in MOBAs. There’s a reason why it’s a juggernaut in not just the MOBA space, but also in Esports. Being heavy on team strategy, every match has fans on the edge of their seats. With a plethora of characters, items, talents, and more, no two matches will be alike. Why else is the annual Dota 2 world championship – The International (TI) – one of the biggest Esports events in the world?

Although the visual spectacles are fun to watch, playing it is a whole other (ball) game. Notorious for its steep learning curve, many prospective players have opted not to destroy their PCs from rage-quitting. But developer Valve has made an extensive update to help newbies hone their skills. It’s safe to say that Dota 2 isn’t going anywhere just yet.

But for those less inclined to strategic gameplay, Supercell’s Brawl Stars may be the one for you. Don’t be fooled by its cutesy art style. Although Brawl Stars targets a young demographic, its gameplay is just as thrilling as other games.

Its intuitiveness makes it less daunting for new players looking to jump into the MOBA bandwagon. However, it’s a double-edged sword as, over time, some will find it easy and boring. Regardless, Brawl Stars functions well as a jumping-off point. And for those who stay, regular updates will keep you entertained.

Pokémon Unite: Best Potential to be HUGE (if Developers Care)

Speaking of jumping-off points… Being the biggest, most profitable media franchise in the world, interest skyrocketed when The Pokémon Company announced their own MOBA game. Enter Pokémon Unite. It was essentially the MOBA equivalent to Olivia Rodrigo’s SOUR – widely anticipated with seemingly no chance of failing.

And it delivered on many fronts. The UI (user interface) is hands down one of the best. The art style, from the characters to the battle arena, is perfectly Pokémon. And its gameplay – like its straightforward classification of the Pokémon fighters – is fairly easy to grasp.

However, while Pokémon Unite turned out to be a good game, it wasn’t a great one… yet. Despite having more than 800 Pokémon, you can only pick from a roster of 21 (as of December 22). Type match-ups, Megas, and other fan-favourite Pokémon mechanics weren’t tapped on. And there was that initial Pay-to-Win controversy.

Regardless, there are seeds of greatness. The onus is on The Pokémon Company to move it forward – whether they want to build a growing community or a quick cash grab. Only time will tell if Pokémon Unite becomes a MOBA staple or spectacularly crashes and burns.

MOBA of the Year goes to… League of Legends: Wild Rift

Is it the easiest, most obvious pick? Yes. But is it the right pick? Yes! Similar to Dota 2, there’s a reason why League of Legends still reigns supreme across MOBAs. However, it deserves such a grand title in 2021 with its mobile port – Wild Rift.

Although Wild Rift doesn’t have the entire League of Legends roster of characters, its seamless modified gameplay makes up for it. Comparing the two versions, it’ll be hard to spot any differences. The addictive gameplay is now quick to grasp with Wild Rift’s tutorial section.

Digressing a bit, remember the smash Netflix series Arcane? Yes, it’s an amazing show that does justice to beloved characters, but it also drew a new crowd of potential players. Learning the ropes of any game can be frustrating, but Wild Rift is a perfect and accommodating fit for them.

As mentioned before, its tutorial section is a fantastic introduction to the game. Providing rewards – like new heroes and experience – makes the process sweeter. With competitive players primarily sticking to the original PC version, Wild Rift is a safer space for newbies and gives a less toxic gaming experience.

From regular updates and expansions, it’s clear Riot Games is dedicated to making League of Legends a huge thriving ecosystem. Whatever is in store will surely be exceptional. We can’t (and shouldn’t) expect anything less from the world’s biggest MOBA brand.

Liam, the Legendary tank, is back!

4 things you missed from Witchercon!