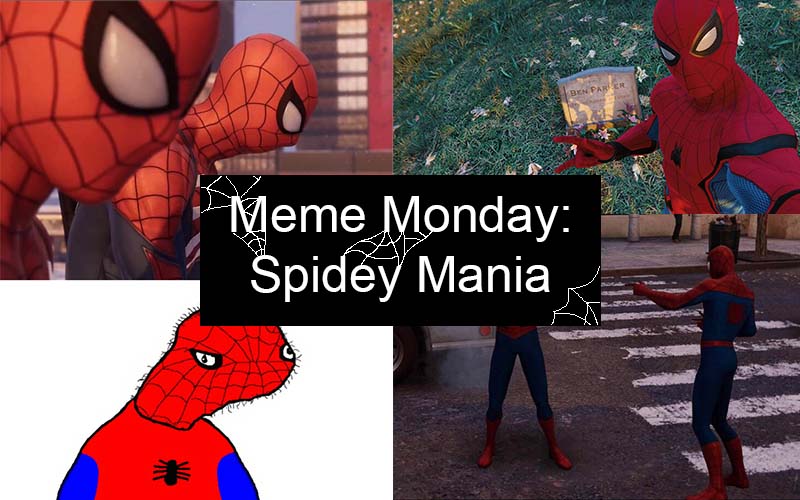 Sony’s Spider-Man: No Way Home broke so many records and it hasn’t even come out yet. Its trailer, released in August, became the most-viewed trailer across platforms, in 24 hours. With 355.5 million views, it easily bests the previous record holder, Avenger’s Endgame. Worldwide, it broke pre-sale ticket records. The anticipated flick opens to fans this week and everyone’s pumped up. And with the reveal of the sequel video game – Marvel’s Spider-Man 2 – it’s just a great time to be a Spidey fan!

1. Updated for a new generation

When the Spider-Man games dropped with a glossy coat, it just spoke to the quick evolution of games. It’s simply breathtaking. But, they also gave the chance to revamp a well-loved meme – the doppelganger Spider-Man comic meme.

Yet another meme came to life with the Spider-Man games, with Spooderman. Although the culprit is most likely a glitch, it doesn’t change the fact that this is a hilarious callback.

3. Sia is quaking in her boots

In a DLC to the video game Marvel’s Avengers, players could finally crush enemies with the iconic web-slinger. However, some people have gripes about Spidey’s in-game swinging animation. Hopefully, it will be patched up soon.

Marvel’s Spider-Man also had the fun selfie feature, referencing how Peter Parker would snap photos of himself in costume for his journalism job. But as Uncle Ben said countless times, with great power comes great responsibility.

Side quests are staples in AAA games, always tempting players to stray away from completing the main story. However, in a side quest – where Spider-Man helps a homeless person find his pigeon friends – players may want to focus on the story instead.These low polygon pigeons are not worth the trouble.

M3 Concludes with PH-Showdown. No Instagram accounts were lost.